Policy chief tried to get NPS job for friend

Policy chief tried to get NPS job for friend 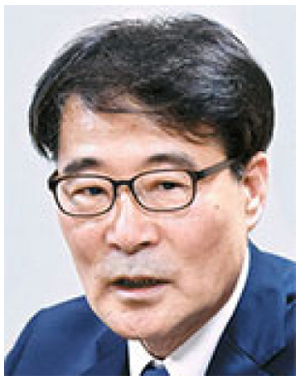 Presidential Chief of Staff for Policy Jang Ha-sung may have tried to meddle in the appointment of the next chief investment officer (CIO) of the state-run National Pension Service by contacting an acquaintance before an official job notice was up.

Kwak Tae-seon, former CEO of Baring Asset Management Korea, told the JoongAng Ilbo on Thursday, “I got a call from Jang near the end of January to apply for the CIO position, before the National Pension Service put out a notice about the job opening in February.”

Kwak said they talked on the phone for some 20 minutes about the CIO position and future plans of the National Pension Service.

In their second phone call shortly after the first, Kwak told Jang he would apply for the position.

Kwak did not get the job in the end, although he made it to a shortlist.

A source told the JoongAng Ilbo that a total of 16 people, including Kwak, applied. Kwak made it to an interview round in early April. After the interviews, three candidates, including Kwak, were recommended to Kim Sung-joo, the chairman and chief executive of the National Pension Service.

While the three candidates were waiting for security clearances for their records on tax payments, military service, possible illegalities in asset management, driving under influence of alcohol or sex crimes, Kim called Kwak to the National Pension Service headquarters on April 21.

“I wanted to get to know you before you are sworn in as CIO,” Kim told Kwak, according to Kwak. “I hope we can go together on a business trip scheduled in June.”

But the clearance was not issued for months, and Kwak said he was told by Kim in June that the National Pension Service could not hire him. The service then on June 27 issued a notice stating there was no one who was fit for the job among the applicants and that it would accept applications for the CIO position once more.

“The military service may have been an issue in Kwak’s case,” a source told the JoongAng Ilbo. “Kwak was an American citizen up until 1990, when he gave it up. But by that time, he was already over 30 years of age. So he replaced his military service with a three-week supplementary service.”