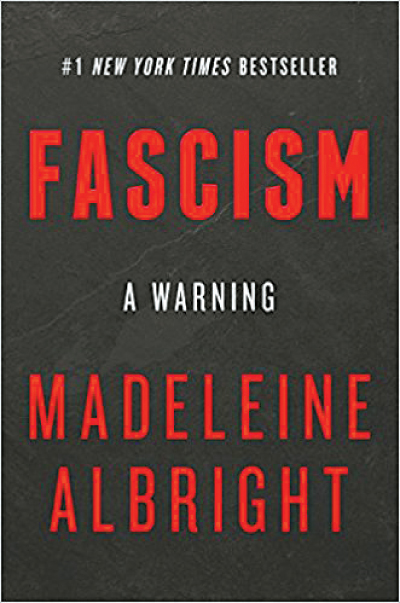 A personal and urgent examination of fascism in the twentieth century and how its legacy shapes today’s world, written by one of America’s most admired public servants, the first woman to serve as U.S. secretary of state

A fascist, observes Madeleine Albright, “is someone who claims to speak for a whole nation or group, is utterly unconcerned with the rights of others, and is willing to use violence and whatever other means are necessary to achieve the goals he or she might have.”

The twentieth century was defined by the clash between democracy and fascism, a struggle that created uncertainty about the survival of human freedom and left millions dead. Given the horrors of that experience, one might expect the world to reject the spiritual successors to Hitler and Mussolini should they arise in our era. In “Fascism: A Warning,” Madeleine Albright draws on her experiences as a child in war-torn Europe and her distinguished career as a diplomat to question that assumption.

Fascism, as she shows, not only endured through the twentieth century but now presents a more virulent threat to peace and justice than at any time since the end of World War II. The momentum toward democracy that swept the world when the Berlin Wall fell has gone into reverse. The United States, which historically championed the free world, is led by a president who exacerbates division and heaps scorn on democratic institutions. In many countries, economic, technological, and cultural factors are weakening the political center and empowering the extremes of right and left. Contemporary leaders such as Vladimir Putin and Kim Jong-un are employing many of the tactics used by fascists in the 1920s and 30s.

“Fascism: A Warning” is a book for our times that is relevant to all times. Written by someone who has not only studied history but helped to shape it, this call to arms teaches us the lessons we must understand and the questions we must answer if we are to save ourselves from repeating the tragic errors of the past. 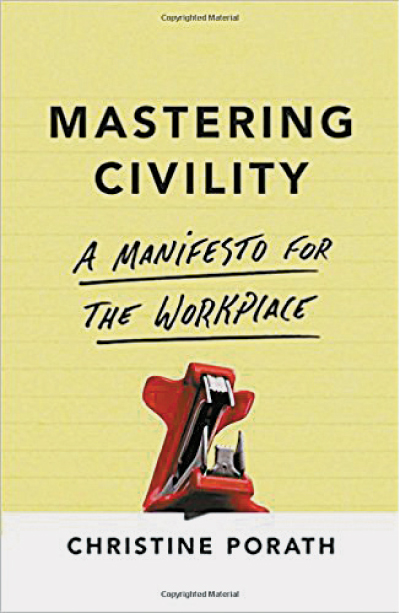 Incivility is silently chipping away at people, organizations, and our economy. Slights, insensitivities, and rude behaviors can cut deeply. Moreover, incivility hijacks focus. Even if people want to perform well, they can’t. Customers too are less likely to buy from a company with an employee who is perceived as rude. Ultimately, incivility cuts the bottom line.

In “Mastering Civility,” Christine Porath shows how people can enhance their influence and effectiveness with civility. Combining scientific research with fascinating evidence from popular culture and fields such as neuroscience, medicine, and psychology, this book provides managers and employers with a much-needed wake-up call, while also reminding them of what they can do right now to improve the quality of their workplaces. 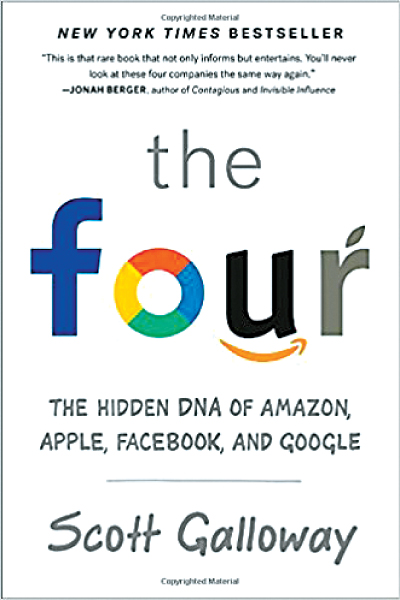 For all that’s been written about the four over the last two decades, no one has captured their power and staggering success as insightfully as Scott Galloway.

Instead of buying the myths these compa­nies broadcast, Galloway asks fundamental questions: How did the four infiltrate our lives so completely that they’re almost impossible to avoid (or boycott)? Why does the stock market forgive them for sins that would destroy other firms? And as they race to become the world’s first trillion-dollar company, can anyone chal­lenge them?

In the same irreverent style that has made him one of the world’s most celebrated business professors, Galloway deconstructs the strategies of the four that lurk beneath their shiny veneers. He shows how they manipulate the fundamental emotional needs that have driven us since our ancestors lived in caves, at a speed and scope others can’t match. And he reveals how you can apply the lessons of their ascent to your own business or career.

Whether you want to compete with them, do business with them, or simply live in the world they dominate, you need to understand the four.