Bourdain leaves all to his 11-year old child

Bourdain leaves all to his 11-year old child 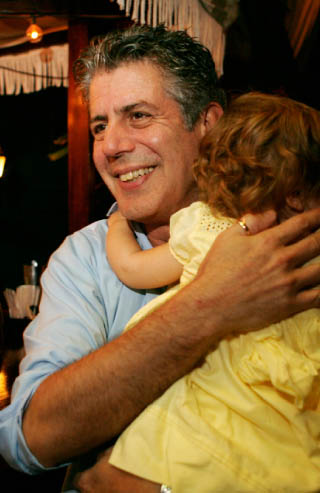 NEW YORK - Globe-trotting chef, author and TV host Anthony Bourdain was worth $1.2 million when he died last month and left most of the estate to his 11-year-old daughter, according to court papers filed this week in New York.

The 61-year-old Bourdain was found dead June 8 in an apparent suicide in his hotel room in Kaysersberg, France, an ancient village where he was working on his CNN series “Parts Unknown.’’

Bourdain wrote his last will and testament in December 2016 and named wife, Ottavia Busia-Bourdain, as executor. By that time, the two had already announced they were separated but said they were still friends.

The court will appoint a guardian ad litem to represent their daughter Ariane’s interests, because she’s a minor.

Bourdain’s will instructs Busia to dispose of his “accumulated frequent flier miles’’ and other possessions like cars, furnishings and jewelry in a way she believes he would’ve wanted.

Bourdain was an irreverent and sometimes foulmouthed presence on TV shows starting with “A Cook’s Tour’’ on the Food Network.