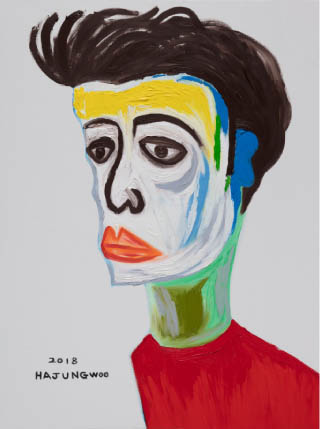 Actor Ha Jung-woo will hold a solo exhibition entitled “Vacation” at the Pyo Gallery in the Gwanghwamun area, central Seoul from July 11.

In the exhibition that runs through Aug. 11, the actor will show paintings he made under the inspiration of traveling to cities overseas such as Rome, Naples, Florence, Barcelona, London and Los Angeles while he was taking a break from the movie scene. His artworks include portraits of people he met on his travels while also showing his impressions of each city.

The actor, who started painting in his leisure time in 2004, held his first solo exhibition in 2010 and continues to expand his presence in the art world. He brought his artworks to art fairs in France, the United States and Singapore.