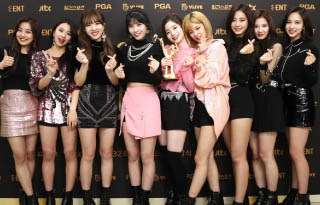 One of the tracks on the album “Dance the Night Away” is an upbeat pop song that showcases the group’s youth and happiness.

“Dance the Night Away” was written by singer-songwriter Wheesung, who has penned hit songs in the past such as singer Younha’s “Password 486” (2007) and Ailee’s “Heaven”(2012).

The new album has nine tracks including three new songs - “Dance the Night Away,” “Chillax” and “Shot Thru the Heart” - as well as three tracks from their “What is Love?” EP, which was released in April.