Don’t be swayed by politics

Don’t be swayed by politics 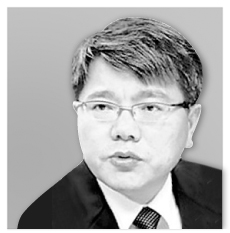 KIM YONG-HA
*The author is a professor of information technology-finance management at Soonchunhyang University.

Controversy has been brewing over Blue House meddling in the search for a chief investment officer, a position in charge of managing the country’s national pension fund assets, which are worth $568 billion. The position has been vacant for nearly a year, and the health and welfare ministry announced that the National Pension Service (NPS) will formally adopt a stewardship code in late July or early August. The mandate would require the institutional investor to act like a steward overseeing household finances in the companies it has equity interests in.

An institutional investor has the duty to manage assets under its custody. The Korean model of stewardship has seven key guidelines for institutional players to follow in exercising their voting rights on behalf of the interests of its customers. It must disclose its set of rules and process, as well as what the vote is on, and why the fund chooses to vote for or against a management decision.

Why is the market raising a fuss about Korea’s major institutional player employing a stewardship code? In the United Kingdom and elsewhere, the practice became common to keep watch on the employers and executives of financial institutions following the global financial crisis in 2008. The Korean model is dreaded by the chaebol sector as a tool to trigger reforms in the unique ownership structure of major Korean companies, where founding family members control business empires despite small ownership stakes.

The Financial Services Commission (FSC) is also mulling whether to allow public pension funds to disclose brief summaries on their voting, regardless of the purpose of the fund owning stocks of in a specific company.

The NPS universally lists that it owns 5 percent or more in a company as a “simple investment.” But if it discloses that the reason for its investment is to participate in management, the NPS’s role as a shareholder will become entirely different. It could wield influence over executives and call ad hoc shareholders’ meetings according to its agenda to shape the management direction.

The NPS is not a common institutional player. Of the 635 trillion won ($568 billion) assets under its management as of April, the fund has placed 135 trillion won in stocks. The fund owns 5 percent or more of 275 listed companies and over 10 percent in 84 companies. It owns nearly 10 percent of all industrial bellwethers, such as Samsung Electronics, Hyundai Motor, Posco and KB Financial Group. Given owner families’ limited stakes in large companies, the NPS can easily emerge as their single biggest shareholders if it wants to.

The health and welfare minister chairs the highest decision-making fund management committee of the NPS, which has four deputy ministerial-level officials representing related government offices, the chairman of the NPS board, three employers and three employees, six pension subscribers from regions and two experts.

The NPS’s neutrality has been questioned, even under its current structure. When the stewardship code is adopted, the fund will come under greater political influence. Companies should be left free to take risks and responsibility for their own businesses. If they come under heavy meddling from shareholders, corporate activities will lose the steam for investment and growth. The government is killing its own agenda of stimulating innovation.

The fund’s assets are expected to exceed 1,000 trillion won by 2022 and hit 2,561 trillion won by 2043. Rash adoption of stewardship without a thorough study on the consequences of the move will be dangerous. The fund needs to be restructured first to ensure transparency in its own management and political neutrality. The fund act also should be revised so that its exercise of voting rights does not hamper companies’ normal corporate activities and undermine management rights.

Some say the fund can be instrumental in keeping the excesses of chaebols in check, but Korea Inc. is already being closely monitored by a number of institutions — the Fair Trade Commission, the Financial Supervisory Service, tax offices, and police and prosecutors. They do not need another big brother breathing down their necks. The government is studying a measure to raise insurance premiums to ensure the fund’s balance to ready for shortages when pensioners outnumber the working population.

The day could be delayed if the funds are managed well. The pension fund must uphold its fundamental goal of safeguarding basic coverage for older Koreans and keep any political influence at bay.