Songs from everybody’s favorite Disney movies will fill the air at Olympic Park, in southern Seoul, at this year’s “Disney in Concert” performed by the KBS Symphony Orchestra. [CREDIA] 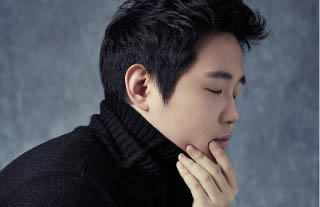 Sept. 9: Renowned pianist Kim Sun-wook, the winner of the prestigious Leeds International Piano Competition in 2006, will be returning to the Seoul Arts Center for the first time in two years. This is his final stop on his nationwide tour, which began last August. The program consists of four pieces, Mozart’s “Piano Sonata No. 9 in D Major,” Beethoven’s “Piano Sonata No. 17 in D minor,” Debussy’s “Suite Bergamasque” and Brahms’ “Variations and Fugue on a Theme by Handel.”

To July 15: This musical revolves around a brilliant, shy professor who sadly can’t muster up the courage to talk to a girl that he has a crush on. After encountering a vampire while time traveling, the timid professor becomes a charming man. 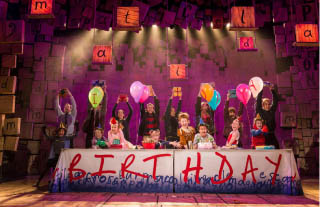 Sept. 8 to Feb. 10: Based on Roald Dahl’s 1988 best-selling novel, this musical tells the story of a gifted young girl named Matilda, who possesses telekinetic powers. While dealing with her insensitive parents, Matilda befriends her school teacher, Miss Honey, and defends her friends from her evil principal Miss Trunchbull.

Four child actors - Hwang Ye-yeong, An So-myeong, Lee Ji-na and Seol Ga-eun - will be playing the role of Matilda.

To July 22: Set in 19th-century Joseon dynasty (1392-1910), this humorous musical depicts the relationship between Dalsu and Hotae, a jeongisu, or a person who makes a living by receiving compensation for reading stories.