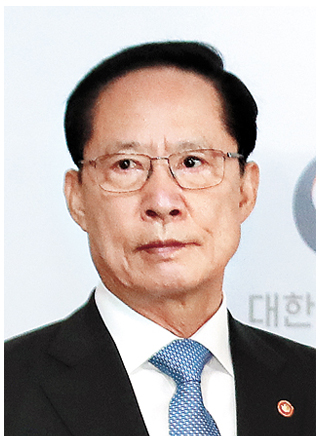 Defense Minister Song Young-moo found himself in hot water on Monday after commenting that women should “behave with caution” to avoid being sexually harassed.

The minister was expected to reveal in the meeting an additional punishment for a division commander who allegedly sexually harassed female soldiers and was suspended from his position earlier that day.

Instead, Song said that he had intended to make a rule which forbade female soldiers from attending dinners after a certain time, but said that idea was considered to “go against gender equality.” He then made the controversial comment, saying that “women should talk and behave with caution,” presumably meaning that the onus was on female soldiers to avoid sexual harassment.

Critics said the comment implied that victims bear responsibility for being subject to sexual assault.

Describing himself as a “father of a single daughter,” Song also told a story about how his wife intervenes in his daughter’s life by “educating her in specific detail about things like riding a taxi or dating.” When he asked his wife why she meddled so much in their daughter’s life, she told him that “a woman’s life often does not proceed according to her wishes.” He ended his anecdote by saying that this was the sort of lesson he wanted to impart to women.

Following the criticism, Song apologized for his comments later that day, saying his words created misunderstanding despite his intentions.

“I am resolved to be more careful with my comments in the future,” he added. “As a minister and Cabinet member, I deeply regret these inappropriate comments.”

This is not the first time the defense minister finds himself slammed for making comments considered sexist. In a speech to a battalion in the Joint Security Area last November, he said, “Speeches before meals are usually boring, and as the saying goes, when it comes to pre-meal speeches and miniskirts, the shorter, the better.”

He was forced to issue a formal apology for that joke.

The minister’s recent comments come as a series of alleged sexual assault cases have damaged the military’s reputation.