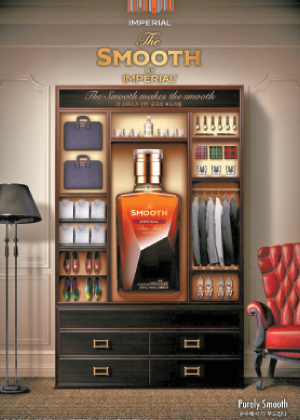 Pernod Ricard Korea said Wednesday that orders of its lower-alcohol drinks grew 161 percent year-on-year between June 2017 and May this year.

Orders refer to sales to merchants, so do not necessarily reflect the number of units sold to consumers.

The company said the three-digit growth was a notable achievement considering that the average growth rate for lower-alcohol drinks on the local market was merely 18 percent during the same period.

Pernod Ricard Korea’s two main lower-alcohol drinks are 35 by Imperial and The Smooth by Imperial, both products under the company’s whisky brand Imperial.

The company attributed the achievement to its recent marketing campaigns. One campaign was an online webtoon series, 4 Buddies, that has been viewed more than 19 million times since 2016.