North Korean movies to be screened at Bifan

North Korean movies to be screened at Bifan 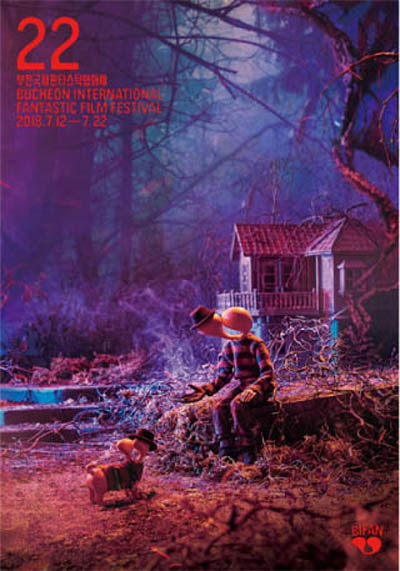 The 22nd edition of the Bucheon International Fantastic Film Festival (Bifan) kicks off today in Bucheon, Gyeonggi at 8 p.m.

Filled with horror, thriller, action and black comedy movies, a total 290 movies from 53 nations have been invited to be screened at the film event.

Local animated film “Underdog,” directed by Lee Choon-baek of “Leafie, A Hen into the Wild” and Oh Sung-yoon, will open the festival. The duo spent six years working on the film, which tells a heartwarming story about a group of stray dogs that embark on an adventure in search of true freedom.

There are two competition sections at Bifan. International films, including one Korean entry, will be screened under the Bucheon Choice section, while only local flicks will compete under the Korean Fantastic section.

A total of 12 feature movies and 12 short films will be shown under the Bucheon Choice section. Some of the highly anticipated feature films are “Tigers are Not Afraid,” which follows a gang of children trying to survive horrific cartel violence in Mexico, and “Beast,” a film about a troubled young woman falling for a mysterious outsider who comes under suspicion for a series of brutal murders.

Among the nine local flicks up for competition, “Dogs in the House,” about a man in danger of losing his business due to the money borrowed from a loan shark, and “Bad Boss,” based on an adult webtoon of the same title, are some of the anticipated works. Six short movies will compete for the prize under the same section.

Other than providing the chance to enjoy unique films that are hard to see in theaters, another notable aspect of this year’s Bifan is the screening of North Korean movies. Over its 11 days, the film festival will screen nine feature and short movies from North Korea.

They include the heartwarming family tale “The Story of Our Home,” which won the best movie award at the 2016 Pyongyang International Film Festival, and “Let’s Keep the Traffic Order,” an animated cartoon series campaigning for traffic compliance. The classic monster flick “Pulgasari” will also be screened. Helmed by late Korean director Shin Sang-ok during his forced stay in North Korea, the movie was completed by North Korean director Chong Gon-jo after Shin escaped.

“Though we invited North Korean cineastes, we haven’t received definite answers yet,” said a representative from Bifan. “We will wait until the festival wraps.”

Bifan will close on July 22 with Indian film “Secret Superstar,” about a 14-year-old girl’s dream of becoming a singer.