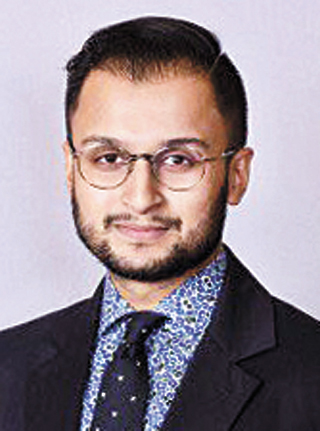 In the weeks leading up to the landmark summit between U.S. President Donald Trump and North Korean leader Kim Jong-un last month, satellite imagery from 38 North showed North Korea apparently dismantling some of its missile test sites. In the days after the summit, Trump claimed Kim had promised to raze more sites.

But North Korea never stopped producing ballistic missiles, according to Ankit Panda, a security analyst and senior editor at The Diplomat, who discovered that the North continued its program even as it was negotiating with the United States based on an analysis of data from the U.S. National Air and Space Intelligence Center. He published those findings in an exclusive report on June 30.

The JoongAng Ilbo spoke with Panda during his visit to Seoul on Saturday about his views on recent developments in the talks. Below are edited excerpts from the interview.

Q. How do you evaluate U.S. Secretary of State Mike Pompeo’s visit to North Korea?

A. I think we have a pretty good idea of the outcomes. He and Kim Yong-chol ended up clarifying things, which is unsurprising because the Singapore summit was so general and broad.

NK News picked up on news that a U.S. Air Force C130 cargo plane [departed Pyongyang after Pompeo’s visit]. The speculation is that it might be carrying POW or MIA remains, which would be a positive sign because it would show that the North Koreans are keeping up with the tempo on concessions.

The big thing we should take away is that there wasn’t a big explosive concession from North Korea or clarity on the timeline.

Considering that they have yielded few results in the past, do you think working group processes are meaningful?

The North Koreans are masters at using working group processes like this to slow things down. An agreement to hold working group talks is the bare minimum that could have come out of this meeting, so I’m not giving Pompeo an A or B, but rather a C+, a bare minimum for keeping the process going.

I assume this working group process, until I see evidence otherwise, will be used by the North Koreans to slow-roll the denuclearization process because I believe that is very much in their interest. They might be thinking that China and Russia could, at a UN Security Council level, introduce a resolution for sanctions rollback.

You recently exposed that North Korea continued its missile production. Tell us more about that.

We had the story in The Wall Street Journal recently and the story on NBC News talking about the ongoing enrichment at covert sites and Yongbyon. The North Koreans are still following Kim’s New Year’s Day guidance, which is important to keep in mind. If the United States manages to secure some assurance from the North Koreans, we may have something like the Iran deal where North Korea is allowed to continue enriching at lower levels at Yongbyon but not allowed to continue enriching at covert sites. This is a skeleton of a possible agreement.

You mentioned covert enrichment facilities like the alleged one at Kangsong identified in recent leaks. Do you think Pompeo brought this up in talks?

But because the North Koreans read NBC News, they know that now it’s public that they have a third enrichment site. Those intelligence leaks were quite significant since they implied that the U.S. had intelligence on very senior North Korean officers and even had human intelligence inside the regime, which is huge. I think that is going to have real costs, since the North Koreans will want to figure out who is leaking to the United States and deal with that problem internally.

The incentives right now between Pyongyang and Pompeo are actually in line, since Pompeo has incentives to keep Trump happy and show that the process is ongoing. It’s not really in Pompeo’s interest to smash his fist down on the table and demand Kangsong be shut down.

What role would China play in the denuclearization process?

The first important point to emphasize is that the maximum pressure campaign is over. It has been over since March 8, when Donald Trump accepted the invitation to meet Kim, since China had no reason to keep up pressure after that.

The next step is for China to figure out sanctions relief for North Korea. China and Russia have a fairly good case to introduce a sanctions relief resolution to the Security Council. If the Trump administration is smart, they are going to wait on some kind of concession before voting yes on any sanctions relief. For Kim, the objective will be to get sanctions back to where they were at the end of 2016.

What’s your forecast for the rest of the year?

Xi is slated to visit Pyongyang, where he would be Kim’s guest. The latest this could be is Sept. 9, the 70th anniversary of North Korea’s founding. That is another sign that the relationship between China and North Korea is becoming closer if not entirely already comfortable. That could be another sign that the Chinese are gearing up to talk to the Americans about sanctions relief for North Korea.

On the front of actual concessions, I would expect that the North Koreans would blow up the liquid fuel missile test stand at Tongchang-ri. They have reportedly promised that to Trump and will probably follow through since it is a fairly low-consequence concession. But they are not going to do it until they need the public relations boost.