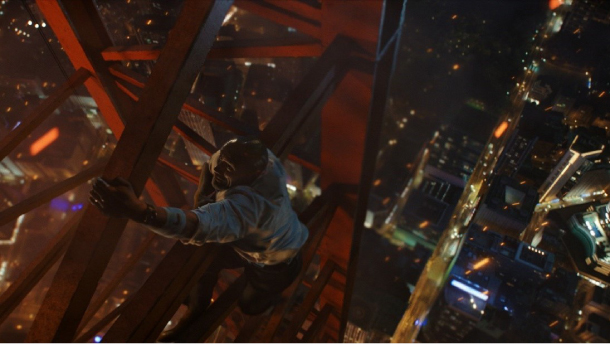 
Set in Hong Kong, this action flick, directed and written by Rawson Marshall Thurber, features a courageous father who is determined to save his family from a burning 240-floor skyscraper.


The former leader of the FBI Hostage Rescue Team and a U.S. war veteran, Will Sawyer (Dwayne Johnson) now reviews building security for a living. Currently, Will is the head of security of The Pearl, which is supposedly the tallest and “safest” building in Hong Kong. He is quick to point out the risks of the building, but these concerns are dismissed by his boss, who insists that the building is impenetrable.


But, disaster strikes when the 96th floor is set on fire by a group of terrorists. To make matters worse, Will’s family is completely trapped inside and he is framed for the whole thing. Now a wanted man running from the law, Will must clear his name and find a way to save his family.


Directed by Hideki Takeuchi, this fantasy romance flick opens with a senior citizen (Go Kato), sitting alone in a hospital bed with an unfinished screenplay by his side. A curious nurse (Anna Ishibashi) asks him what the screenplay is about, and he begins to tell her the story.


Set in a film studio and a cinema in the 1960s, the story is a magical tale of a young, warm-hearted screenwriter, Kenji (Kentaro Sakaguchi), who is struggling with his work and aspires to one day become a filmmaker. He visits a cinema downtown every evening to watch the black and white film, “The Tomboy Princess.” The movie’s heroine is the headstrong and beautiful Princess Miyuki (Haruka Ayase), whom Kenji adores.


In the midst of a thunderstorm, Miyuki miraculously ventures off the screen and enters Kenij’s life. The beautiful princess is delighted to step into a colorful world, and the two become close to each other.


As time passes, Kenji soon realizes that Miyuki is just like her haughty personality on screen. Will their love last forever?

Set in the summer of 1959, this mystery flick opens with an introduction of the all-white suburban community of Suburbicon. Built for the promise of prosperity for all, Suburbicon seems like the picture-perfect community to live in.


However, it doesn’t take long for the peace to shatter into pieces. Racial tensions break out when the Mayers, an African American family, move in. The townspeople are deeply enraged and make it clear that they want the Mayers to leave.


Meanwhile, next door, a tragedy is about to occur in the home of Gardner Lodge (Matt Damon). Currently, Gardner lives with his disabled wife Rose (Julianne Moore) and their son Nicky (Noah Jupe).


Tired of his wife, Gardner plans to kill her and start a new life with Rose’s identical twin sister, Margaret (Julianne Moore).


The plan is quickly carried out by hired killers. Margaret soon moves into the house, and initially it seems that Gardner can get away with his crime. However, due to unexpected witnesses, things start to fall apart.


Directed by George Clooney, this film won the Fondazione Mimmo Rotella Award at the 2017 Venice Film Festival, along with other awards.


Jae-gu (Yoon Bak) is a lonely ex-convict who was shunned by his family for his wrongdoings. Now, he makes a living working as a construction worker and gambles whenever he can.


One day, he enters a funeral hall and meets the warm-hearted Sun-sik (Shin Jung-Geun), who suffers from a mental disability, for the first time. With no place to go, Jae-gu approaches a drunk Sun-sik, who kindly lets Jae-gu spend the night at his house.


Sun-sik lives with his wife Ae-shim (Jang So-yeon), who is also disabled, and his seven-year-old daughter Seon-young (Go Na-hyi). Jae-gu leaves in the morning, but when Sun-sik returns home from work in the evening, he is startled to find Jae-gu at his home again. While Sun-sik and his family find Jae-gu’s presence burdensome and want him to leave, Jae-gu tries to become a member of the family.


Directed by Im Yeong-hun, this film is based on the true tale of an ex-convict who entered the home of a kind married couple with intellectual disabilities. It was named Best Foreign Feature at the 26th Arizona International Film Festival prior to its release in local theaters. 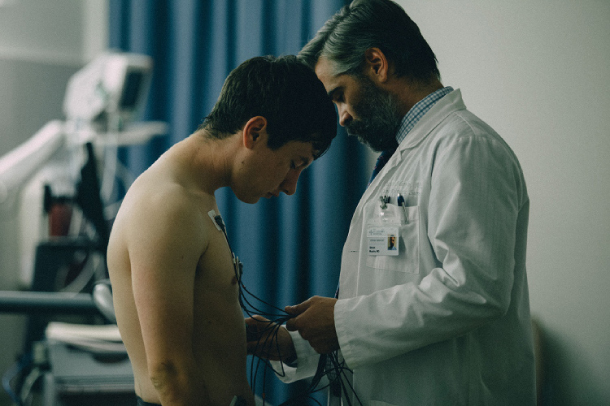 Directed by Yorgos Lanthimos, this psychological horror film is based on the ancient Greek play “Iphigenia” by Euripides, which focuses on the theme of retribution. Centering on the relationship of a skilled cardiothoracic surgeon, Dr. Steven Murphy (Colin Farrell), and a mysterious teenager, Martin (Barry Keoghan), the film shows what happens when one is expected to pay a deadly price for one’s past mishaps.


As a renowned surgeon, Dr. Steven Murphy currently lives with his wife Anna (Nicole Kidman), his daughter Kim (Raffey Cassidy) and his son Bob (Sunny Suljic). Steven harbors a dark secret that he doesn’t want anyone to know, and years have passed since the incident took place.


However, after Steven befriends Martin, who is fatherless, it doesn’t take long for this secret to be exposed. Although Martin seems normal and friendly on the surface, he carries a malicious intention that will soon harm Steven and his family.


This thriller won Best Screenplay at the 2017 Cannes Film Festival.


After taking the notorious College Scholastic Ability Test, Eun-ha (So Joo-yeon), a model student, is extremely stressed because she completely messed up the test. Along with having done poorly on the exam, she is constantly haunted by the voice of her dead friend.


To relieve her stress, Eun-ha leaves for a trip with five other classmates to celebrate their last winter as teenagers.


On the day of their trip, the six students arrive at a deserted amusement park. At the park, there is a spooky haunted house and some say that an actual ghost lives there. U-seong (Kim Young), a YouTuber, decides to broadcast their experience to increase his followers. Not knowing what will happen to them, the students enter the haunted house. Slowly the students start to disappear one by one after hearing a mysterious whisper.


Directed by Choi Sang-hun, this horror film is his directorial debut. 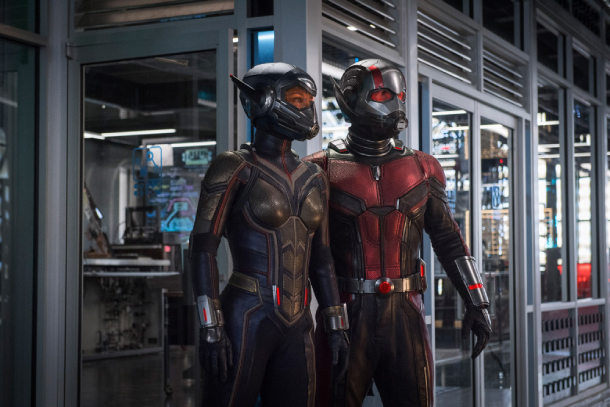 The follow-up to the 2015 film “Ant-Man” has the hero teaming up with a new partner - Wasp, played by Evangeline Lilly. Also known as Hope van Dyne, the new Wasp is the daughter of Dr. Hank Pym (Michael Douglas) and Janet van Dyne (Michelle Pfeiffer), who each worked for the special espionage agency, S.h.i.e.l.d., as the first Ant-Man and Wasp.


Two years after the Civil War ends, Scott Lang (Paul Rudd) is eager to be a good father to his daughter, but is having difficulty balancing his roles as a father and Ant-Man. Presented with a new mission by Hope and Dr. Hank Pym, Ant-Man must fight alongside Wasp to uncover secrets from their past.


Along their journey, they encounter a dimension-shifting villain, Ghost (Hannah John-Kamen), who is able to turn herself and any object she touches invisible. Ghost has traditionally been a man in the comics, but is a female character in the movie.