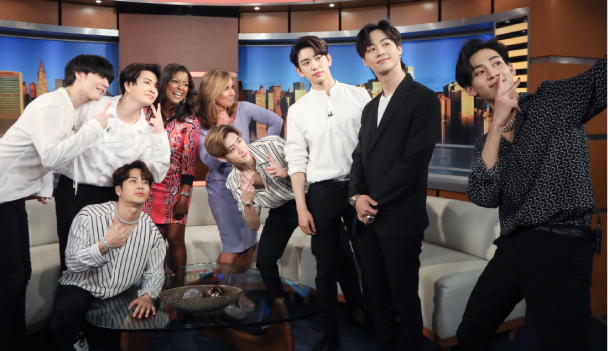 The hosts of the show met the members of GOT7 ahead of their performance at Barclays Center in Brooklyn, New York, on Wednesday.

Brooklyn was the final destination on the North American leg of the group’s world tour, “Eyes on You,” which brought them to Toronto, Los Angeles and Houston following performances in Russia, Germany and France.

The GOT7 members demonstrated some choreography for their 2018 hit song “Look” and expressed excitement ahead of their second performance in New York, according to JYP Entertainment.

In the U.S., the septet also had interviews with Billboard and J-14 magazine as well as Buzzfeed.

Following the Barclays Center concert, GOT7 will fly to Latin America to continue on their 17-city tour, starting with Mexico City, followed by Buenos Aires, Santiago as well as Singapore and Hong Kong in August, JYP said.