Cars from abroad find place in the sun on Jeju

Cars from abroad find place in the sun on Jeju 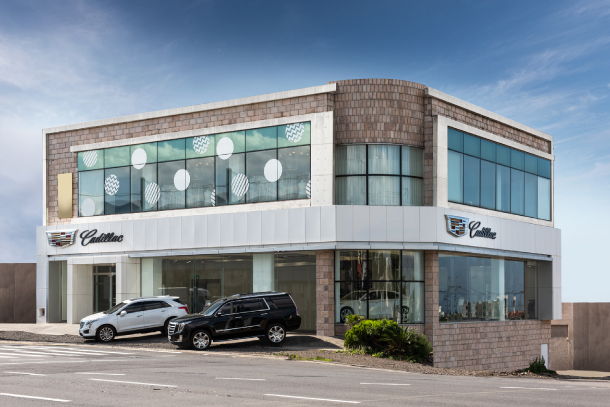 Jeju Island is becoming a hub for import carmakers in Korea.

The rising number of visitors from both home and abroad and the established infrastructure of charging stations for electric vehicles are attracting a growing number of import carmakers to Jeju shores.

American luxury auto brand Cadillac opened its newest showroom in Jeju Island on Friday in the bustling area of Yeongsam-ro. It will be the 15th showroom for the brand in Korea and encompasses both a dealership and an after-service center.

“Import carmakers have been making aggressive inroads to Jeju Island lately, and Cadillac Korea vies to expand its point of contacts with local residents,” an official from the company said.

Cadillac Korea said it wishes to sell more than 100 vehicles per year through the dealership on Jeju Island. Local dealership Rainbow Mobility will take charge of the latest Cadillac showroom.

With the island’s rising population and continuously surging tourism industry, the number of cars running on Jeju’s roads has been increasing lately.

“Building a showroom in Jeju is considered effective in exposing brands not only to local residents but also to visitors to the island as well,” said an industry insider.

Some 14 import car brands have showrooms in Jeju.

Among them is Bentley, a premium British auto brand, which has been running a temporary showroom on the island since 2016.

Bentley has two official showrooms in Korea in Seoul and Busan.

BMW Korea also signed a memorandum of understanding with the Jeju government in 2013 to foster the island’s electric vehicle industry, such as building infrastructure for charging stations.

Hanbul Motors, the importer of French brands Peugeot and Citroen to Korea, has also begun increasing its influence in Jeju. It plans to open a car museum dedicated to the brands by September this year. A total of 20 cars from Peugeot and Citroen will go on display.