Change at the top expected as LG adjusts to new leader

Change at the top expected as LG adjusts to new leader 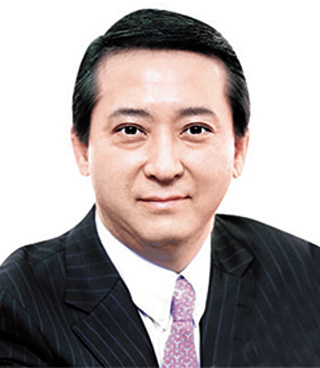 LG, Korea’s fourth-largest conglomerate, is about to see some changes at the top as the corporation adapts to a new era under Koo Kwang-mo, the newly appointed chairman of the group’s holding company LG Corp.

A high-ranking official from LG told the JoongAng Ilbo on Thursday that “LG Corp will open up a board of directors meeting on Monday to appoint LG U+ CEO and Vice Chairman Kwon Young-soo as the new vice chairman of LG Corp.”


A rapid reshuffle at the top of LG can be interpreted as an attempt at stabilizing the corporation as quickly as possible amid a leadership transition last month following the death of former Chairman Koo Bon-moo. The 40-year-old adopted son of the late chairman is the fourth generation of Koo’s family to lead the group.


According to the official, Kwon will swap roles with the current Vice Chairman of LG Corp Ha Hyun-hwoi. When Kwon moves to the holding company, Ha will be appointed to lead the mobile carrier.

Kwon’s major role at LG Corp will be helping the younger Koo find future growth engines for the group. It is the most important task in Koo’s hands right now and will prove key to strengthening his position as the new leader of the group. 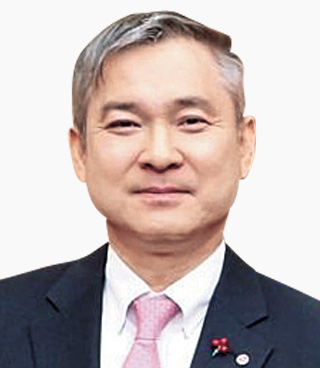 LG Group faces many challenges despite the 160 trillion won ($142 billion) in revenue reaped by its 72 affiliates last year. LG Electronics’ mobile business division has been recording an operating loss for 13 consecutive quarters, and LG Display is struggling in competition with Chinese players in the liquid crystal display market.

The reshuffle is likely to be part of a general shift to move LG toward industries the new leader has highlighted as potential future cash cows, including automotive parts, robot and artificial intelligence.

Kwon, who has headed LG U+ since the end of 2015, has been focused on developing futuristic businesses for the country’s smallest carrier ahead of the commercialization of the high-speed 5G network. He has led development in areas such as drones, Internet of Things technology and virtual reality content.