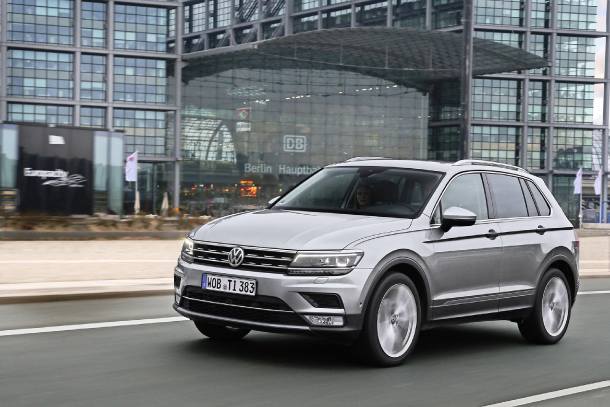 Volkswagen’s popular SUV Tiguan reentered the Korean market with an upgrade in May. [VOLKSWAGEN KOREA]

Audi and Volkswagen have roared back to the Korean imported car market after a two-year absence.


After launching in May, Volkswagen’s flagship midsize Tiguan SUV became the best-selling imported car model in Korea in June.


The Tiguan 2.0 TDI sold 1,076 units in June, according to the Korea Automobile Importers & Distributors Association on Thursday. It was the only imported model that sold over 1,000 units last month.


“Although Volkswagen’s brand image was dented due to the emissions scandal, the Tiguan SUV is widely known to be well-made and it seems like Korean consumers have been waiting specifically for the model,” said Kim Pil-soo, an automotive engineering professor at Daelim University.

“At the moment, there are no substitutes for the Tiguan SUV that satisfy those who want to buy an imported car in a medium price range. Due to its relatively low price, Tiguan is able to appeal to consumers who were thinking about buying domestic brands.”

On the back of those strong sales, Volkswagen Korea was ranked third in sales of imported cars in June with only two models on offer, the Tiguan and the Passat sedan.

Korea’s imported car sales continued to grow in the first half of this year.

According to KAIDA statistics, a total of 140,109 imports were sold between January and June, which was an 18.6 percent year-on-year jump.

Japanese brands are expanding their presence in Korea. In the past, Japanese brands were largely neglected here because they were considered overly expensive.

Toyota Korea came in third spot in the Jan.-June period. It sold 8,350 units, recording a whopping 60.8 percent year-on-year increase. A hybrid version of its new Camry sold 3,051 units in the first half, followed by the gasoline-powered Camry, which sold 2,104 units.

“With the rising interest in imported cars, people who would have bought domestic brands are now turning to import brands. Japanese brands are benefiting from that shift in consumption patterns,” Kim added.