The devil is in the details

The devil is in the details 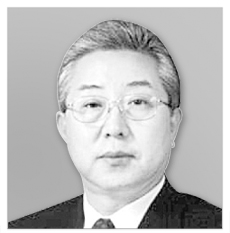 U.S. Secretary of State Mike Pompeo’s third visit to Pyongyang on July 6 ended in total failure as it failed to make progress in the implementation of the Singapore summit agreement, and a scheduled meeting between Pompeo and North Korean leader Kim Jong-un failed to take place. In Washington, the visit is considered “empty-handed” diplomacy.

It is advised that Secretary Pompeo stop repeating the meaningless diplomatic rhetoric that “there is progress.” Instead, he should make clear what the obstacles to the denuclearization talks are.

Looking back, the U.S.-North Korea summit was doomed to fail, as it was hurriedly arranged by North Korean leader Kim Jong-un, who was eager to ease economic sanctions on his country and by U.S. President Trump, who was seeking to grab a diplomatic trophy for domestic political purposes. They did not set any real goal, nor a roadmap for denuclearization talks. Instead, they were eager to stage a gala diplomatic show.

While preparing for the summit in Singapore, Trump and his aides have only concentrated on confirming Kim Jong-un’s word that he was “determined to denuclearize” the country. They have failed to check the details of the talks that should be negotiated with Pyongyang. As a result, talks aimed at dismantling North Korea’s nuclear program are, as of now, in a paradoxical situation where the North threatens Washington with its unique form of brinksmanship.

There are not many cards left for Trump. Possibly he could replace chief negotiator Pompeo with John Bolton or someone else in the White House and put the “maximum pressure” card back on the front burner.

That Trump leaves the negotiating table does not necessarily mean he will abandon diplomatic options and switch to military options. This means delaying any second summit between the U.S. and North Korea, suggested for September, indefinitely and halting talks with North Korea, which is not keeping its denuclearization pledge. By resorting to the “maximum pressure” policy, the U.S. government will be able to strengthen international sanctions on the North. That will be no less effective than Trump’s brief threat to boycott the June 12 Singapore summit. For North Korea, which is eager to see sanctions eased, it will be unbearable to be yet again under strict economic sanctions again that have been somewhat relaxed since the summit in Singapore.

In addition, resumption of South Korea-U.S. joint military drills, which have been suspended during the denuclearization talks, will put significant pressure on the North. If the Ulchi Freedom Guardian (UFG) military drills should resume in August, high-tech U.S. strategic weapons will pose a threat to the North militarily. And Kim Jong-un will feel his personal safety is in danger. That is the fearful situation that all dictators in the world try to avoid. Kim Jong-un will then surrender himself and will reaffirm his determination for denuclearization, hoping for the resumption of the talks at the earliest possible date.

The mistakes should not be repeated. Despite repeated warnings and sanctions from the international community, North Korea continued to develop nuclear weapons, carried out nuclear tests and threatened neighboring countries with medium and long-range missiles. North Korea must apologize and receive punishment for those violations.

Secretary Pompeo has visited Pyongyang three times already to confirm Kim’s promise that he was willing to denuclearize. After brief encounters with the young reclusive dictator, Pompeo even praised the most brutal dictator in the world, who executed his uncle with an antiaircraft gun, fatally poisoned his stepbrother and imprisoned tens of thousands of innocent North Koreans in concentration camps. He called him a clever leader. If there is something to be confirmed, it is summoning North Korean officials to Washington or any other place for interviews or written answers. In international relations, the Trump-style diplomacy — such as “In a few seconds, I can read the minds of the counterpart” — simply does not work.

It is important to confirm Kim Jong-un’s willingness to denuclearize the country. However, his willingness to denuclearize may change at any time. The answer to the North’s nuclear dismantlement is in the details of the nuclear talks. What is important is that basic agreements on the details — including the North’s reporting of its nuclear weapons, missiles and manufacturing facilities, verification of them and the timetable for the dismantling process — should be made in advance.

The agreement on the details should be examined at working-level meetings and re-examined at high-level meetings before they are brought to the two leaders. This will resolve any misunderstanding or misinterpretation on the content, scope and procedures related to the denuclearization. Looking back, the meeting between Pompeo and Kim Yong-chol in May in New York was a very important one. They could have worked out a draft of the vital details for denuclearization. However, Pompeo spent precious time showing Kim Yong-chol New York’s glitzy night views from a high-rise apartment.

North Korean leader Kim Jong-un’s will to address denuclearization is important. But the answer lies in the details that will keep his determination in check. If the two sides agree on the details of the talks in advance, there is no need for President Trump to wonder if diplomacy is indeed the right route to take with North Korea.