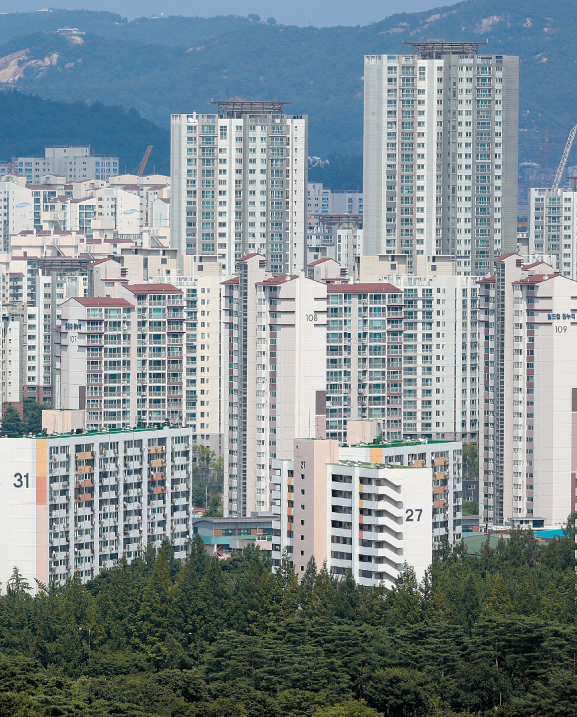 Apartments in Mapo District, western Seoul on Sunday. The prices of apartments in Korea dropped by the largest percentage in five years during the second quarter this year, amid toughened regulations on mortgage loans and higher taxes on multiple home owners, according to data from the Bank of Korea. Apartment prices in Korea declined 0.3 percent in the April-June period from three months earlier - the largest fall since the first quarter of 2013, when prices fell by 0.7 percent. Apartment prices in Seoul, though, increased by 0.8 percent on-quarter in the second quarter, marking four years of consecutive increases. [YONHAP]