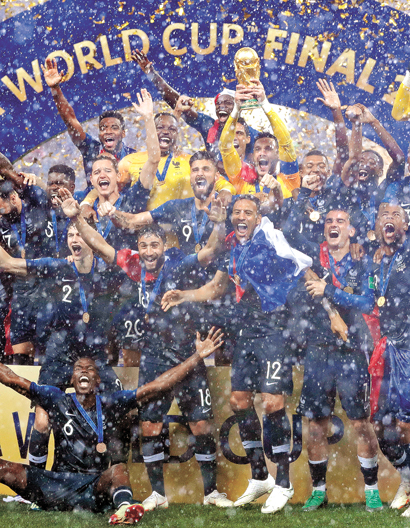 The French national football team celebrates their World Cup final victory during the trophy ceremony after defeating Croatia 4-2 in the final match at the Luzhniki Stadium in Moscow, Russia on Sunday. France won the World Cup for the first time in 20 years. Croatia’s Luka Modric, left, and Frances’ Kylian Mbappe pose with their individual awards at the end of the final match. Modric won the Golden Ball Award while 19-year-old Mbappe won the Young Player of the tournament award. England’s Harry Kane won the Golden Boot and Belgium’s Thibaut Courtois won the Golden Glove. [AP/YONHAP]