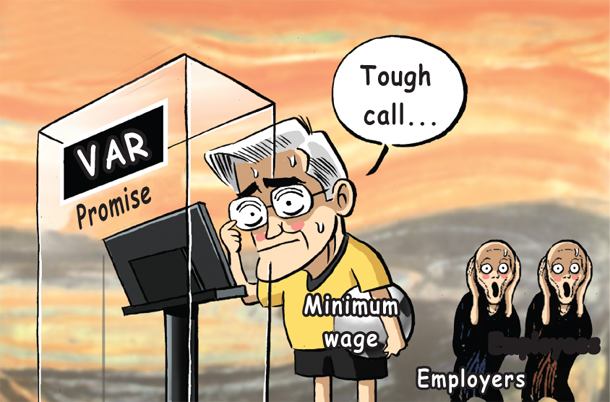 President Moon Jae-in is trapped between employers and employees in his push for a higher minimum wage next year, much like a football referee mediating between two sides at the World Cup by analyzing VAR replays. Business owners say next year’s hike is too high; workers say it’s not enough. His campaign promise was to raise the hourly wage to 10,000 won ($8.86) by 2020, but Moon admitted on Monday that he would not be able to fulfill it.