The death of location

The death of location 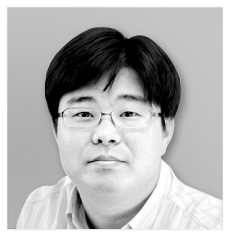 One must-see site in Rome is the Trevi Fountain. There, the typical tourist ritual is to throw a coin in the water. The fountain dates back to ancient times, and its name comes from tre vie, three streets, referring to the location at the end point of an aqueduct, the junction of three roads.

Individuals dutifully follow the tradition of throwing coins over their shoulders to uphold the legend that a coin thrown into the fountain will ensure a return to Rome. It became a romantic landmark after the 1953 release of the film “Roman Holiday.” In one scene, Princess Ann, played by Audrey Hepburn in a chic haircut, tosses a coin in the fountain. The city earns about $1.6 million a year from just coins alone.

For anyone interested in commerce, the Trevi Fountain should be a source of great inspiration. What makes thousands of tourists come this far from every part of the world to willingly donate their coins to the waters? We have never heard of anyone complaining about the myth even when they never return to the city. They are perfectly happy with treasuring the memory of having thrown a coin into the legendary foundation. The location itself is a lasting seller.

The invention of the internet has allowed us to do things online which previously required physical labor and presence. We do not need to make a trip to the shop because everything has become available in cyberspace. Visits to bookstores and banks have become less necessary. Wiring money and paying bills are done more and more with smartphones and computers. Many teenagers have never even set foot in banks.

People in their 20s and 30s also primarily bank through mobile devices. Only gray-haired customers can be seen at banks these days. Location has lost much of its original meaning because tasks mostly done in a specific place can now be easily done online. Many offline locations must add the value of experience rather than merely selling products and services. That is the reason for the Trevi Fountain’s success.

Banks must study different ways to bring customers to them for reasons other than banking. One bank installed a community library with the aim of drawing potential customers into an air-conditioned room to read. The idea is to tempt customers into asking staff about loan products.

Independent bookstores are another idea. They appeal with individualized focus and design to convince book lovers to spend time in their shops. Conventional neighborhood bookstores that mostly sell best-sellers, fashion magazines and supplementary workbooks for students have become scarce. But about 100 topical bookstores open each year.

However, these bookstores cannot last long because of high rent. To survive on bustling streets, they must be able to appeal to passersby through innovative design and programs. This concept might be too risky for retirees with severance pay and retirement savings, and it might sound attractive for young book lovers, but few have the money to start a shop and cover rent.

Two-thirds of independent bookstores are in the red. Even when people put their heart and soul into the business, the only ones who are earning are the building owners in central Seoul’s theater district. After putting in effort to build an iconic coffee and dining zone, shop owners were pushed out by greedy landlords. The popular locations then become dominated by franchise names that can afford the rent. And once big names invade, a neighborhood loses its original charm. Just look at Apgujeong Rodeo Street, Garosu-gil and Gyeongnidan-gil, which no longer have their unique feel.

Retirees should stop looking at take-out coffee, fried chicken, and convenience stores as places to bet their retirement money on. They must think of a business that can provide a unique experience. Given the steep hike in minimum wage and cold shoulder from franchisers, a chicken store owner is on his own when it comes to survival.

Landlords must also look beyond fattening their pockets and sign a long-term contract with tenants to give them time to add value to their buildings, if they do not want to accelerate their own doom from a crash in property value as a result of killer rent. They should regard their merchant tenants as long-term partners in increasing the value of their property and community. That is how society can combat rapid gentrification.

Local governments should also contribute by providing longer leases to people with long-term vision and design on properties and land. If the rules and customs do not fundamentally change, urban communities will not be able to live up to the lifestyles of the future.