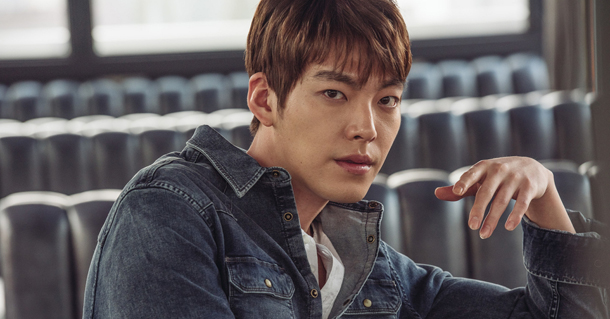 Actor Kim Woo-bin is celebrating his 29th birthday on Monday. He’s been out of the spotlight for more than a year while on a hiatus from his acting career due to cancer treatment.

His agency, Sidus HQ, posted a photo of him and wrote on its official Instagram account, “Celebrating his birthday, we wait for him to come back soon as if nothing happened.”

Kim was diagnosed with nasopharyngeal cancer in May of last year and has since focused on treating the disease.

In December, the actor wrote, “I am having regular checkups and recovering ... It will take some more time before I come back, but I promise you that I will get well and return as if nothing happened.”

The popular actor made his debut as a runway model in 2009 and started acting in 2011.

He also appeared in several films, such as “The Con Artists” and “Twenty.” A movie, “Wiretap,” in which Kim was set to star, has been put on hold indefinitely until he recovers.