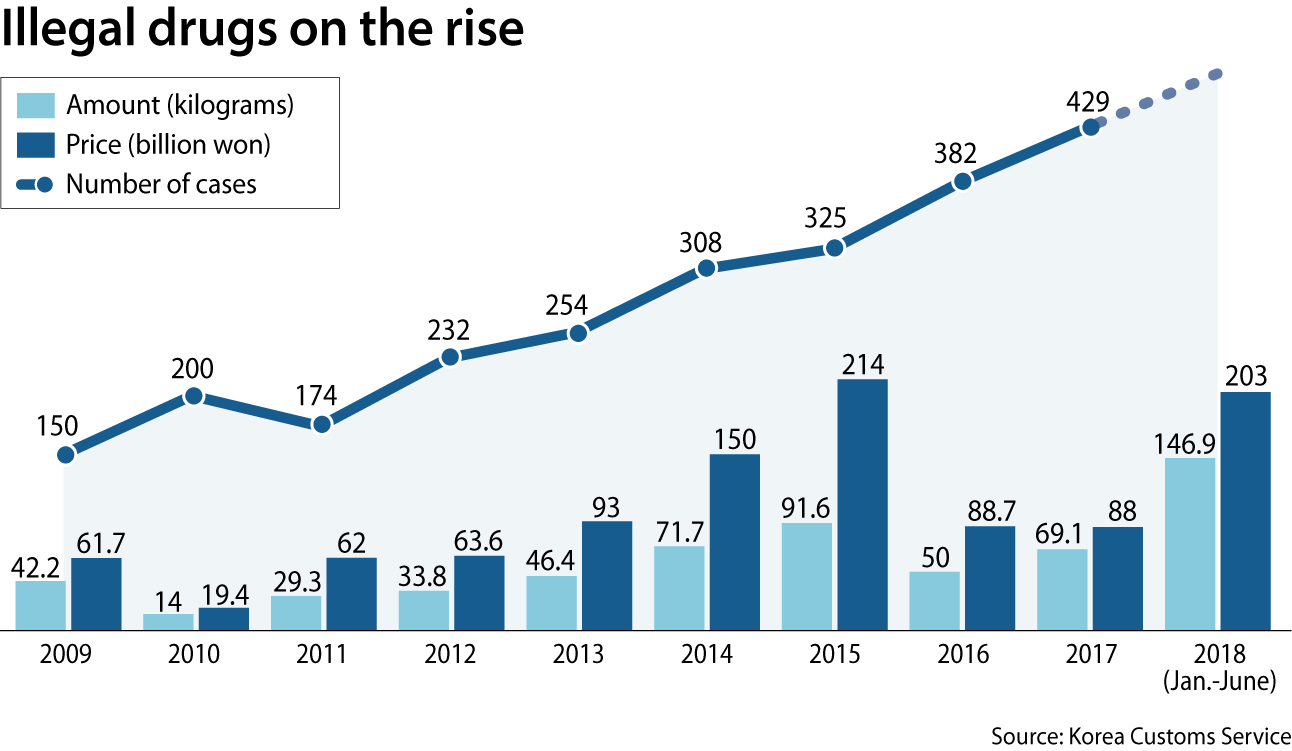 The quantity of illegal drugs being seized by Korean customs is increasing rapidly, with more drugs confiscated in the first six months of this year than the whole of 2017.

The number of drug-smuggling cases shows a 64 percent jump from the same period in 2017, while the amount represents a whopping 409 percent increase in weight compared to the same period last year.

The street value of the confiscated drugs surged 386 percent in the first half compared to a year ago.

The agency attributed the drastic rise to the increasing use of international mail in delivering banned drugs as more people use cross-border online websites.

The number of international parcels that contain drugs increased to 316 during the first half of this year from 176 over the same period last year.

“That affected the increasing number of international parcels that are used to smuggle illegal drugs,” it said.

Methamphetamine took up the highest portion at 60.1 kilograms.

The customs office says that the amount of meth seized could have been used by 2 million people.

The office said the type of narcotics brought into Korea was diversifying, with marijuana and cocaine growing in popularity.

It will especially focus on parcels that come from locations where drugs that are illegal in Korea are legalized.