Silos crashing down for classical artists : On Liberation Day, musicians represented by different agencies will share a stage

Silos crashing down for classical artists : On Liberation Day, musicians represented by different agencies will share a stage 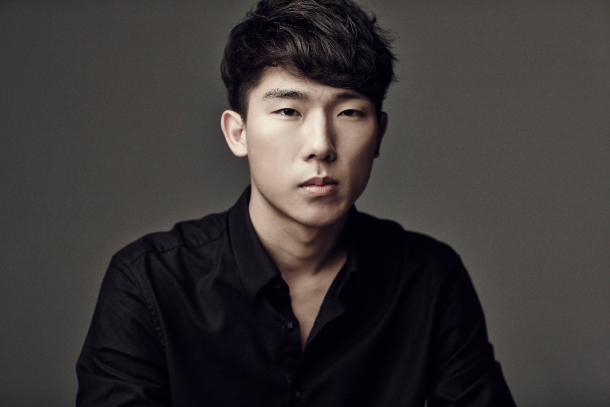 Cellist Mun Tae-guk will speak at the Young Artist Forum today and participate in two of the four concerts on Aug. 15 at the Lotte Concert Hall in southern Seoul. [LEE SANG-WOOK]

“This unprecedented joint project has been drawn up as we were seeking solutions about how to coexist and prosper alongside each other, while creating more performance opportunities for the artists,” said an official from Credia, one of the talent agencies participating in the project. “By allowing artists from different agencies to perform together we will offer classical music aficionados a chance to hear fresh performances.”

The program is called “Stars on Stage 2018,” and it will offer four concerts featuring 10 artists and ensembles on Aug. 15, which is the Liberation Day public holiday, at the Lotte Concert Hall in southern Seoul.

“Since we are breaking certain customs, we thought why not go further and break from the notion of only watching one concert a day,” said Seo Yun-kyung, a manager at Credia. “There are many who already purchased the tickets for all four, asking if they will have time for lunch and dinner.”

The first concert will be held at noon by cellist Mun Tae-guk and pianist Lim Dong-hyek from Credia, violinist Kim Su-yoen from Arts&Artists, cellist Isang Enders from BOM Arts Project and an independent ensemble, Club M. The following concerts are at 2:30 p.m., 5 p.m. and at 7:30 p.m. by different artists represented by different agencies.

“There are some artists who I know well and some I barely know,” said Mun, who will be performing at two of the four concerts. “It’s really great that I can perform together with artists from other agencies whom I’ve never performed with. I’m excited to see what kind of sound we’ll make.”

The seven talent agencies are also joining forces to hold a “Young Artist Forum” in southern Seoul today. It is the sixth event that the talent agencies have come up with in an attempt to coexist more productively. The heads of three companies - Credia, Moc Production and BOM Arts Project - will each deliver a speech, and cellist Mun will express his thoughts on behalf of the artists.

Prior to the forum, the Korea JoongAng Daily sat down with Mun to discuss the project. The following are edited excerpts from the interview. 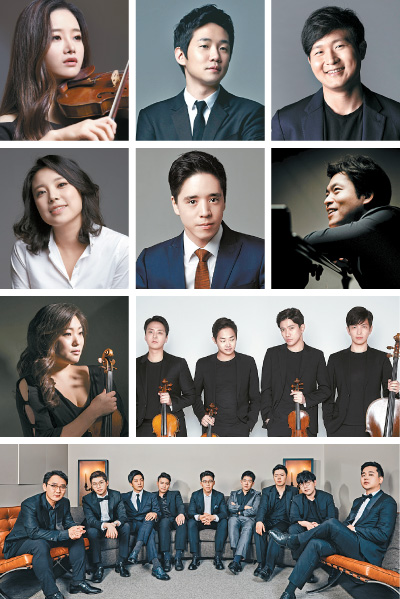 Q. Did you welcome this kind of project as an artist?

A. Of course. This is what the artists have been hoping for, so we are glad that the talent agencies decided to put this on. I’ve been performing in Korea for many years, but I’ve only performed with one or two of the artists participating in the project. These artists are all internationally celebrated so I’ve always wanted to play with them, but it’s not that easy for artists, especially when we are represented by different agencies.

How will this kind of project help the artists and the talent agencies?

There are so many great Korean classical musicians but despite that, there are not that many performance opportunities. I think that is why the talent agencies came up with this idea, to show diverse collaborations by artists and attract classical music lovers. I also think it can expand audiences. For example, my fans would come to a concert to see violinist Kim Bomsori and become her fans, and go to her concerts, or the other way around. As a whole, it could revitalize the classical music industry here.

As an artist, do you agonize on how to attract a bigger audience?

There are some artists who actively use social media to communicate with the public. But I’m not that type. I guess there’s not much I can do except deliver great performances, a performance that can touch people’s hearts. But personally, I think Korea is not in such a bad situation. There are a lot of young people in the audience today and the responses are great. Koreans have a short history of enjoying classical music, unlike Europeans who grow up with it. In that sense, I think we are in the starting stage and when these young audiences grow older and enjoy classical music with their kids, I think that would naturally expand classical audiences here.