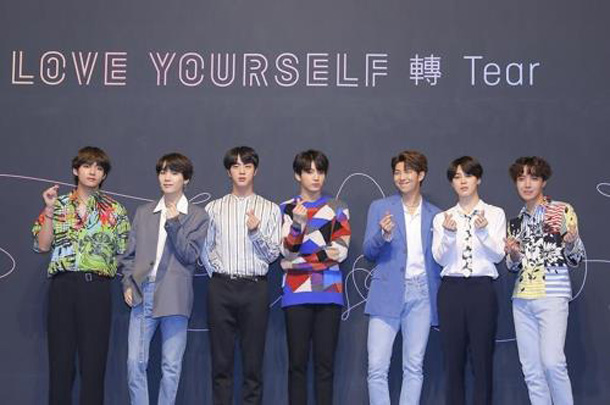 K-pop superstars BTS will drop a new record late next month, the fourth and the final part of its “Love Yourself” album series, its agency said Tuesday.

“Love Yourself: Answer,” set for release on Aug. 24, will be the finale of the four-phase series, which previously brought BTS fans to love’s course of thrills and excitement, followed by disillusionment and heartbreak.

The upcoming record captures the post-breakup moment of throwing off a false ego and facing a genuine self, according to Big Hit Entertainment.

The repackaged record will be a collection of seven fresh tracks plus songs from BTS’ previous releases, the management agency said. Reservations for the new album begin on Wednesday.

Right after the release, BTS will go on a world arena tour, which will start on Aug. 25-26 with local concerts and take the septet to 10 cities in North America and Europe. Yonhap