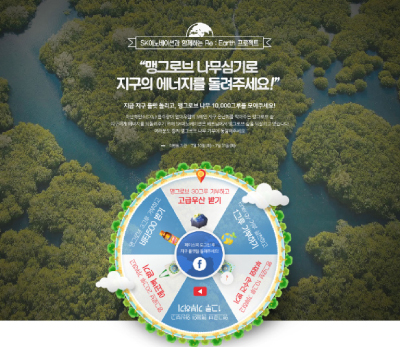 SK Innovation, the battery making arm of SK Group, is holding a donation campaign to restore a mangrove forest in Vietnam and fight global warming, the company said Tuesday.

The move is in line with the memorandum of understanding that it inked with the Vietnamese government and the United Nations Environment Programme in May to restore the famous mangrove forest, often dubbed the “green lungs” of Asia.

According to the battery maker, over 3,000 people have contributed, donating roughly 5,000 saplings of mangrove trees in just eight days since it started a campaign page on Facebook last week. The donation campaign will close once it can donate 10,000 trees to the Vietnamese forest.

SK Innovation has been supporting the restoration of the forest using an internal fund operated based on employees’ voluntary donation of 1 percent of their base pay.