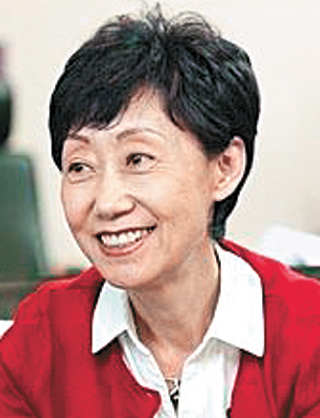 President Moon Jae-in named a woman to lead the country’s human rights watchdog on Tuesday, amid growing public demands to better protect women’s rights and those of minorities.

Choi Young-ae, the incumbent chief of the human rights commission of the Seoul city government, has been tapped as the new chief of the National Human Rights Commission, Moon’s spokesman Kim Eui-kyeom told a press briefing.

The 67-year-old, if appointed, will replace Lee Sung-ho, who was appointed to the ministerial post in 2015 by the ousted president Park Geun-hye. The human rights commission chief nominee is required to undergo a parliamentary confirmation hearing.

Choi, a native of Busan, has long worked for minority rights, including for people who suffered sexual violence. She served as head of the Korea Sexual Violence Relief Center from 1991-2001.

“The nominee is a human rights expert who has been working to defend the rights of the socially weak over the past 30 years,” the Blue House spokesman said of Choi, adding that she is expected to “contribute to transforming our country into an advanced nation in terms of human rights protection.”

Choi, if appointed, will be the first chief of the rights watchdog to be appointed through a public nomination system.

“With such a nomination process, the country has now secured independence and transparency in the process to select a member of the human rights commission, which has long been demanded by local and international rights groups,” Kim said.

Choi’s nomination comes amid growing awareness of sexual violence and abuses sparked by the “Me Too” campaign.