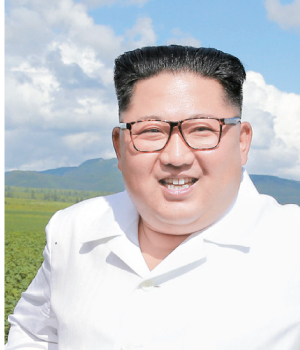 Kim Jong-un urgently called North Korean ambassadors around the world back home for a meeting on policy issues amid a whirlwind of diplomacy on the Korean Peninsula, a local high-level official exclusively told the JoongAng Ilbo Wednesday.

The source, who spoke on condition of anonymity, said the ambassadors traveled to Pyongyang over the past weekend for the meeting, which was expected to be held either Wednesday or today.

Another South Korean official who also asked not to be named said Pyongyang normally holds an ambassadors’ convention once or twice a year, but barely mentions them in state media.

The North is said to have reported on the events only twice, in 2015 and 2017, since Kim rose to power in December 2011 following his father’s death.

The regime made no public mention of an ambassadors’ meeting as of press time Wednesday.

“Some 50 North Korean ambassadors and heads of diplomatic missions, as well as key officials in the Foreign Affairs Ministry and ruling Workers’ Party, are likely to attend the meeting,” said the first local source. “The attendees will probably review their diplomatic activities, debate current affairs, share information and receive directives” from Kim before heading back to their posts early next week, the official continued.

A North Korean defector who previously served in the regime’s Foreign Ministry said the duration of an ambassadors’ meeting was usually fluid, hinting it could last a couple of days. This was so, according to the defector, because the meeting could be split into several sections, including one that’s presided over by Kim and one that educates the envoys on socialist ideology.

It remains to be seen what message Kim will relay to his diplomats after holding an array of summits with the presidents of China, South Korea and the United States, and committing himself to the denuclearization of the Korean Peninsula.

While presiding over an ambassadors’ meeting in the late 2000s, former leader Kim Jong-il is believed to have told the ambassador to Beijing not to fully trust China and that he was to keep his guard up.

A third government official in Seoul said Pyongyang’s goal to improve diplomatic ties with Washington while boosting strategic cooperation with Beijing was likely to be fleshed out in the latest ambassadors’ meeting.

Meanwhile, a fourth South Korean official said the North was not answering calls from Seoul about agreements made in recent high-level and working-level meetings between the two countries, including the holding of a defense ministers’ meeting and a general-level military meeting.

The North, said the source, is also ignoring calls about the inspection of North Korean roads and highways, which were agreed to be held in the coming days to weeks.

Local North Korean pundits surmised that the regime could be overloaded with work right now. Both inter-Korean cooperation and North-U.S. talks are mostly covered by the United Front Department in the Workers’ Party’s Central Committee.