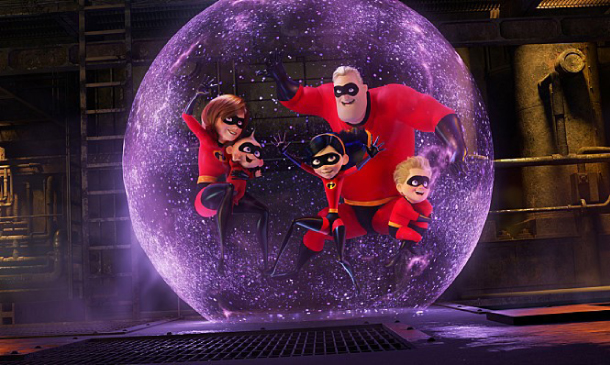 The follow-up to Pixar’s 2004 hit “The Incredibles,” written and directed by Brad Bird, catches up with the Parr family as they stop Underminer from destroying Metroville’s City Hall, just three months after they defeat the villain Syndrome.

Despite their success, the government is not happy with the collateral damage and shut down the Superhero Relocation Program, leaving The Incredibles without any financial assistance.

However, things change when Winston Deaver (Bob Odenkirk), a big superhero fan and owner of telecommunications corporation, DevTech, and his sister Evelyn (Catherine Keener), the inventor of DevTech technology, propose a campaign to enhance the public image and legal status of the superheroes.

Pakistani-American Kumail (Kumail Nanjiani), is trying his best to become a successful comedian in Chicago. To make ends meet, he works as an Uber driver, and tells his parents that his focused on his studies to make them proud. Fortunately, Kumail’s parents know nothing about his stand-up comic life and continue to set up blind dates with potential brides, even though Kumail isn’t interested in having an arranged marriage.

He soon meets Emily (Zoe Kazan), a white graduate student who was in the audience in one of his shows, and the two begin a relationship. Though they’re truly in love, difficulties arise due to cultural differences and family expectations, and they are eventually forced to split.

Suddenly, Emily contracts a mysterious illness, and is put into a medically-induced coma. Meanwhile, Kumail is busy dealing with his parents’ expectations, working as a comedian and sorting out his true feelings.

Directed by Michael Showalter, this film is based on a true story from the lives of the movie’s screenwriters, Emily V. Gordon and Kumail Nanjiani. It also won the Critics’ Choice Award for Best Comedy at the 2018 Broadcast Film Critics Association Awards. 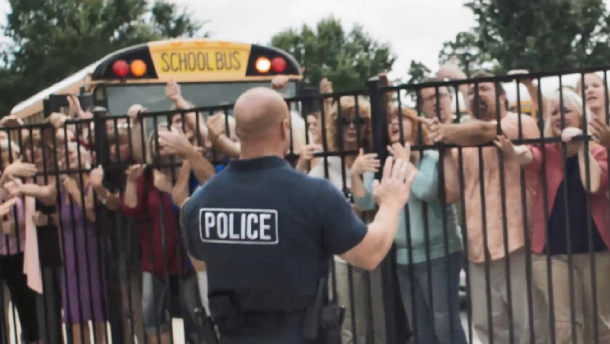 When loving parents all around the world suddenly try to kill their children, kids everywhere are forced to flee and run away from the people they love most. The unexplained phenomenon is transmitted through TV screens and radios, quickly contaminating parents worldwide. Soon, every son and daughter in the world is trying to save themselves, as this phenomenon seems to be unstoppable.

Even more terrifying is that parents seem to only want to kill their own kids, not other people’s. Children are left to helplessly defend themselves, with some forced to even kill their parents in self-defense.

This is what happens for Brent Ryan (Nicolas Cage) and Kendall Ryan’s (Selma Blair) family, as their teenage daughter Carly Ryan (Anne Winters) and their son Josh Ryan (Zackary Arthur) go into hiding. Locking themselves up in the basement of their house, the young children must survive for 24 hours until this mass hysteria passes.

In the magical, isolated land of Iolph, everyone is immortal and stops aging in their mid-teens. Although she lives in a peaceful environment, Maquia (Manaka Iwami), feels extremely alone.

But after a sudden invasion by the Mesarte army, this peace is shattered and the community goes into chaos. Luckily Maquia manages to escape, but she is separated from her clan. Lost in the wilderness, she encounters an orphaned infant boy, Erial (Miyu Irino), who was left abandoned in the woods of the mortal world.

Maquia chooses to raise Erial on her own, and the two become a family and care deeply for each other. Even in the mortal world, Maquia is ageless and finds it difficult to learn how to adapt to the ever-changing atmosphere.

Directed by Mari Okada, this film touches upon the themes of motherhood, aging and loss. It won the Golden Goblet for Best Animation Film at the 2018 Shanghai International Film Festival. 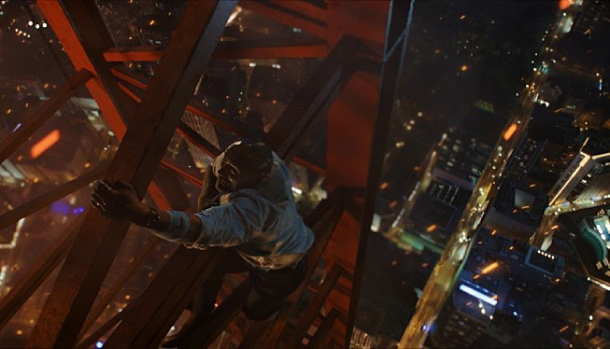 Set in Hong Kong, this action flick, directed and written by Rawson Marshall Thurber, features a courageous father who is determined to save his family from a burning 240-floor skyscraper.

The former leader of the FBI Hostage Rescue Team and a U.S. war veteran, Will Sawyer (Dwayne Johnson) now reviews building security for a living. Currently, Will is the head of security of The Pearl, which is supposedly the tallest and “safest” building in Hong Kong. He is quick to point out the risks of the building, but these concerns are dismissed by his boss, who insists that the building is impenetrable.

But disaster strikes when the 96th floor is set on fire by a group of terrorists. To make matters worse, Will’s family is trapped inside and he is being framed for the fire. Now a wanted man running from the law, Will must clear his name and find a way to save his family.

Set in the summer of 1959, this mystery flick opens with an introduction to the all-white suburban community of Suburbicon. Built on the promise of prosperity for all, Suburbicon seems like the picture-perfect community to live in.

However, it doesn’t take long for the peace to shatter into pieces. Racial tensions break out when the Mayers, an African American family, move in. The townspeople are deeply enraged and make it clear that they want the Mayers to leave.

Meanwhile, next door, a tragedy is about to occur in the home of Gardner Lodge (Matt Damon). Currently, Gardner lives with his disabled wife Rose (Julianne Moore) and their son Nicky (Noah Jupe).

Tired of his wife, Gardner plans to kill her and start a new life with Rose’s identical twin sister, Margaret (Julianne Moore).

The plan is carried out by hired killers. Margaret soon moves into the house, and initially it seems that Gardner has gotten away with his crime. But when unexpected witnesses emerge, things start to fall apart.

Directed by George Clooney, this film won the Fondazione Mimmo Rotella Award at the 2017 Venice Film Festival, along with other awards. 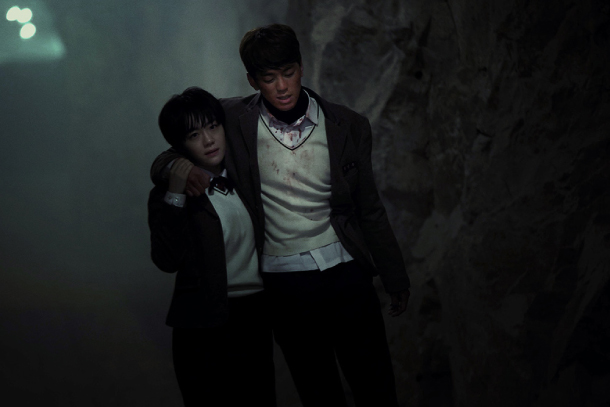 After taking the notorious College Scholastic Ability Test, Eun-ha (So Joo-yeon), a model student, is extremely stressed because she completely messed up the test. Along with having done poorly on the exam, she is constantly haunted by the voice of her dead friend.

To relieve her stress, Eun-ha leaves for a trip with five other classmates to celebrate their last winter as teenagers.

On the day of their trip, the six students arrive at a deserted amusement park. At the park, there is a spooky haunted house and some say that an actual ghost lives there. U-seong (Kim Young), a YouTuber, decides to broadcast their experience to increase his followers. Not knowing what will happen to them, the students enter the haunted house. Slowly the students start to disappear one by one after hearing a mysterious whisper.

Directed by Choi Sang-hun, this horror film is his directorial debut.