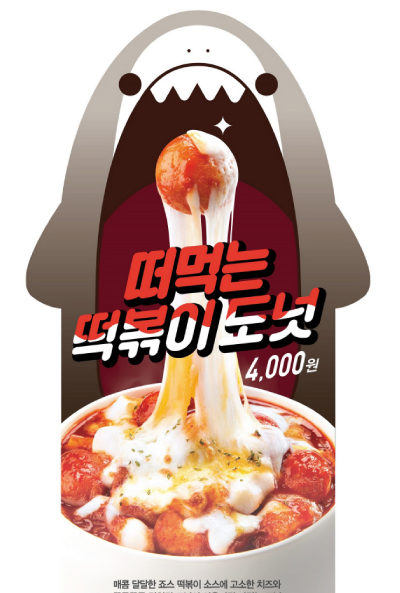 Fans of Korean spicy rice cakes and donuts are in for a treat - Dunkin’ Donuts new Tteokbokki Donuts offers the best, or worst, of both worlds.

The spicy Korean dish, which normally contains rice cakes instead of donuts, is a popular street food.

“We have launched these sweet-and-spicy Munchkins in a unique collaboration with Jaws Tteokbokki,” said a Dunkin’ Donuts spokesman. “We hope that customers will enjoy an unusual gourmet experience through our one-of-a-kind tteokbokki donuts.”

While Dunkin’ Donuts has a long history of collaborations with entertainment brands and companies such as Marvel, Dreamworks and BT21 by BTS, the new tteokbokki donuts are notable as the company has teamed up with another fast food company.

The limited-edition product will be sold at Dunkin’ Donuts stores nationwide until late August.