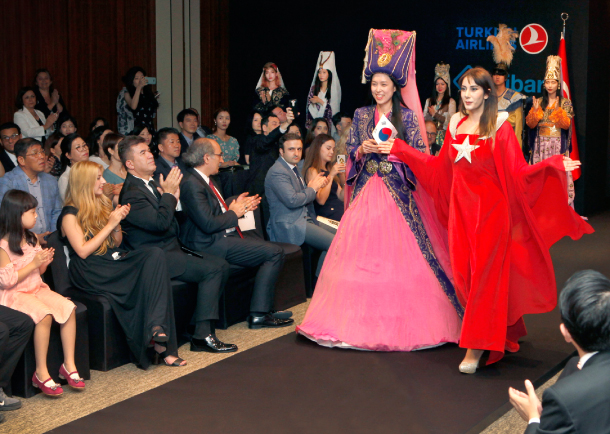 Ersin Ercin, the Turkish ambassador to Korea, third from left in front row, and other diplomats attend a fashion show organized by the embassy and Izmir Olgunlasma Enstitusu, a Turkish institute, and supported by Turkish Airlines at the Shilla Hotel in central Seoul on Thursday. The show, titled “The Legend of Anatolia,” showcased motifs of traditional Anatolian style, including velvet fabric, darning patterns and symbols like the Seljuk star. [Park Sang-moon]