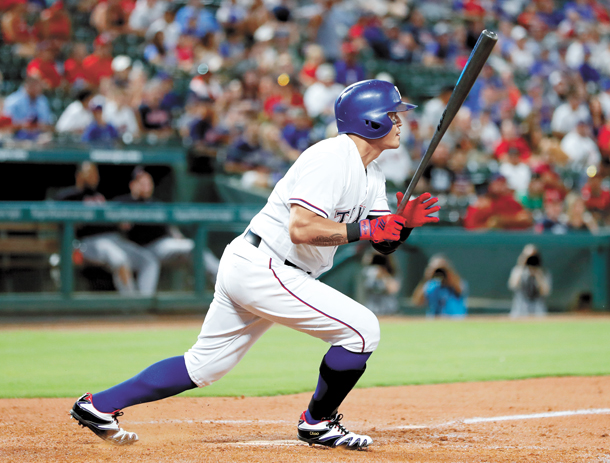 Choo Shin-soo of the Texas Rangers watches his ground ball in the eight inning during a game against the Cleveland Indians at Globe Life Park in Arlington, Texas on Saturday. The Rangers lost the game 3-16. In addition to the loss, Choo also ended his on-base streak at 52. Choo, who appeared as the Rangers’ leadoff designated batter, went 0-for-4 with two strikeouts. Choo’s streak started on May 13 against the Houston Astros and, at 52-games, is the longest on-base run by an active major league player. [AP/YONHAP]