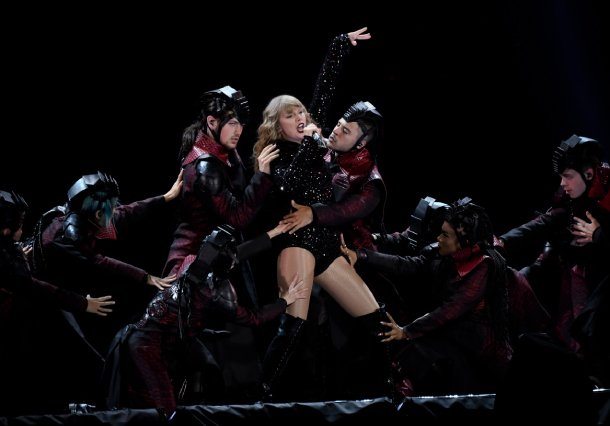 EAST RUTHERFORD, N.J. - Taylor Swift brought her explosive Reputation Tour to the MetLife Stadium over the weekend, making history as the first female artist to play three consecutive shows at the venue.

Swift was energetic and excited during her two-hour-plus concert at the stadium on Friday, which was the first day of her show at the home of the New York Giants and the New York Jets.

She kicked off the show in a glittery black number, changing outfits multiple times and performing across three stages at the venue holding 80,000 seats.

Swift performed a number of songs from her recent album, “Reputation,” including the hits “Gorgeous,” “Delicate,” “...Ready for It?” and “Look What You Made Me Do,” which featured a large snake in the background.

“There’s so many things you could be doing on your Friday night, so thank you for hanging out with us,” Swift said to the feverish audience.