Unification on the table

Unification on the table 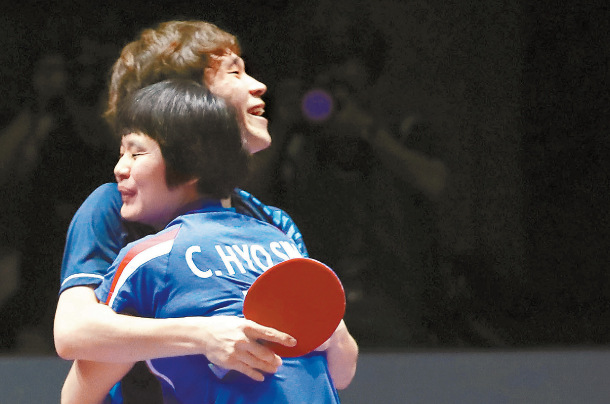 Jang Woo-jin of South Korea, left, and Cha Hyo-sim of North Korea embrace after winning gold in the mixed doubles by defeating China’s Wang Chuqin and Sun Yingsha 3-1 at the International Table Tennis Federation (ITTF) World Tour Platinum Korea Open at Chungmu Sports Arena in Daejeon on Saturday. This is Korea’s first combined title in an international table tennis event since the 1991 World Championships in Japan, which the women’s team won.