Author Choi In-hun dead at 84 : ‘The Square’ is considered a pivotal piece of Korean literature

Author Choi In-hun dead at 84 : ‘The Square’ is considered a pivotal piece of Korean literature 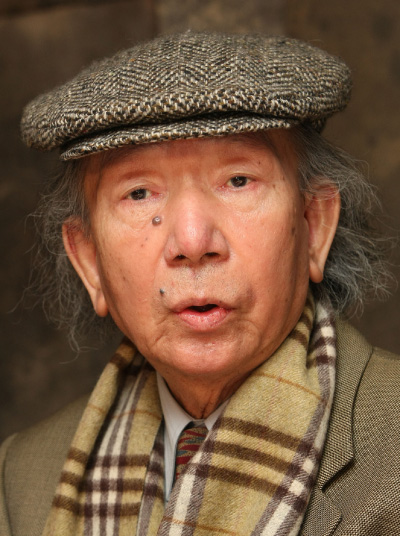 Renowned author Choi In-hun passed away at the age of 84 after fighting colorectal cancer for four months.[YONHAP]

Author Choi In-hun, known for his pioneering literary works, passed away Monday morning at the age of 84. He was diagnosed with late stage colorectal cancer four months ago. Choi’s short novels that he wrote while he was serving in the army were published in 1959, and made his name in the Korean literary scene with his work “The Square” (1960) which is taught in literature classrooms all over the country to this day. The author passed away at Myongji Hospital in Goyang, Gyeonggi, surrounded by family.

Born in 1934 in Hoeryeong, North Hamgyong, Choi came to the South after the Korean War broke out in 1950 and entered Seoul National University in 1952. His studies ended after six semesters, however, because Choi felt that he could not pursue his intellectual goals within a divided nation. He dropped out in 1956, enrolled in the army in 1958 and served six years as an interpreter.

“The Square” came in November 1960, seven months after the April 19 students’ uprising that led to the resignation of president Syngman Rhee. The story follows the life of young intellect Lee Myong-jun living in a post-Korean War South Korea, who ventures to the North in search of privacy because he was suspected of being a communist and tortured in a closed-off interrogation room. When he arrives in the North in search of what he dreams to be a more revolutionary society, he finds that the open squares were just the fossils of revolution in a place where everything is watched and speech is censored.

The book holds the title of being the most quoted book in school textbooks, having been printed 204 times and translated into English, Japanese, French, German, Russian, and Chinese. Choi sharply depicts the ideological war between the South and the North and how individuals suffered under it in “The Square,” further contemplating the realities of Korea - or rather, the two Koreas - in the chapters of modern history.

His works broadened the horizons for Korean literature, and he was among the first writers to capture the ideological battles that took place during the later half of the 20th century and still linger to this day.

“The 4.19 [uprising] was like history’s big torch that lit up our lives,” the author said before his death. “People who were less intelligent could get smarter, and artists who lacked inspiration or talent could suddenly get the best historical viewpoint. So I tell people every chance I get that ‘The Square’ is more of me as a clerk of the times, rather than my literary skills.”

Choi’s funeral will be held by literary organizations at Seoul National University Hospital’s funeral hall. The farewell ceremony will be held at 12 a.m. Wednesday. The author is survived by his wife Won Young-hee and two sons, Yun-gu and Yun-gyeong.