‘Incredibles 2’ powers past ‘Ant-Man’ in its debut

‘Incredibles 2’ powers past ‘Ant-Man’ in its debut 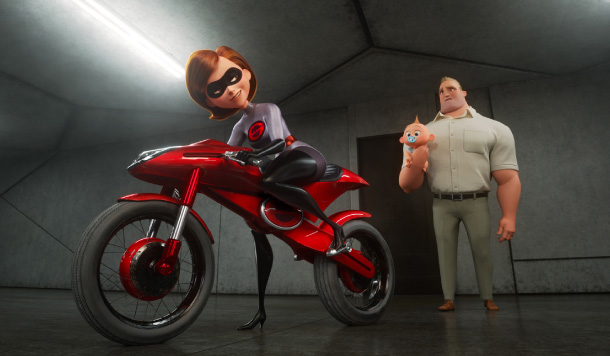 Disney-Marvel’s superhero flick “Ant-Man and the Wasp” saw its two-week reign at the local box office end at the hands of another Disney superhero movie.

Disney-Pixar’s latest animated feature “Incredibles 2” pushed “Ant-Man and the Wasp” out of the way in its debut weekend, with 1.12 million tickets sold from Friday to Sunday. Shown at more than 1,600 screens, the sequel to 2004’s animated superhero family flick “The Incredibles” accounted for 47 percent of the entire weekend’s ticket sales. Since the film’s release on Wednesday, the family movie, a timely release ahead of the approaching summer holiday, has sold a total of 1.36 million tickets, raking in 11.65 billion won ($10.45 million).

The animated sequel sees the return of the superhero family with Helen, a.k.a. Elastigirl, going out to fight crime while her husband Bob, or Mr. Incredible, stays at home to take care of their three children.

Coming in at a distant second was “Ant-Man and the Wasp,” which accounted for 21.2 percent of the entire weekend’s ticket sales, with 492,000 admissions sold. Since its release on July 4, the film, starring Paul Rudd as the size-shifting superhero, has sold an impressive 5.20 million tickets, far outperforming the 2.84 million ticket sales its predecessor “Ant-Man” recorded in 2015.

While local mystery action flick “The Witch: Part 1. The Subversion” stayed at third in its fourth weekend, with its total ticket sales standing at more than three million, Dwayne Johnson’s action-packed spectacle “Skyscraper” slid two spots down to land in fourth.

With the arrival of the summer movie season, a series of big-budget features are scheduled to arrive in theaters this week, and are expected to create competition at cinemas. Local sci-fi action movie “Illang: The Wolf Brigade” will be released on Wednesday, and it will compete against Tom Cruise’s “Mission Impossible - Fallout,” which hits theaters on the same day.