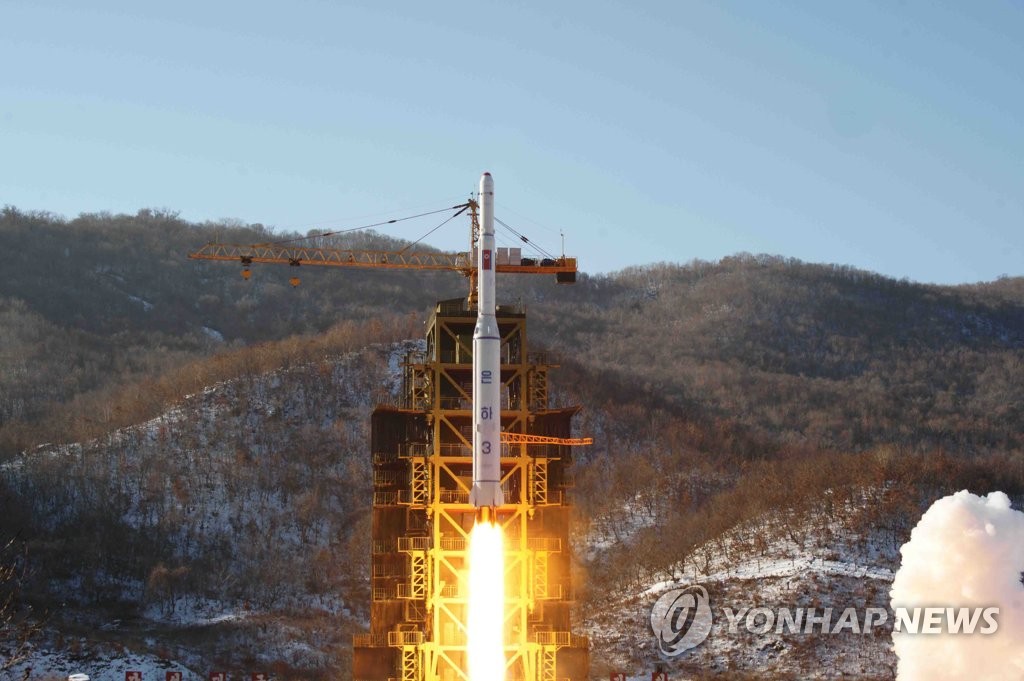 The website wrote in an analysis Monday that North Korea has started taking down facilities that are believed to have played an important role in the development of technologies for the North’s intercontinental ballistic missile (ICBM) program at the Sohae Satellite Launching Station in Cholsan County, North Pyongan Province, located near the west coast of the country.

It added that the efforts represented a “significant confidence building measure” on the part of North Korea.

U.S. President Donald Trump told an international news conference last month in Singapore right after his summit with Kim Jong-un that the North Korean leader promised to destroy a “major missile engine testing site,” which later was described by American officials to be the Sohae Satellite Launching Station.

In the past, North Korea test-fired several ballistic missiles into the East Sea from the site. The Cholsan site is believed to be where the North developed its engine for the Hwasong-15 ICBM, which can target the U.S. mainland.

Citing commercial satellite imagery from last Friday and Sunday, 38 North said the regime has begun dismantling a rail-mounted processing building — where space launch vehicles are assembled before moving them to the launch pad — and the nearby rocket engine test stand used to develop liquid-fuel engines for ballistic missiles and space launch vehicles.

North Korea has made no mention of the work through its state media yet.