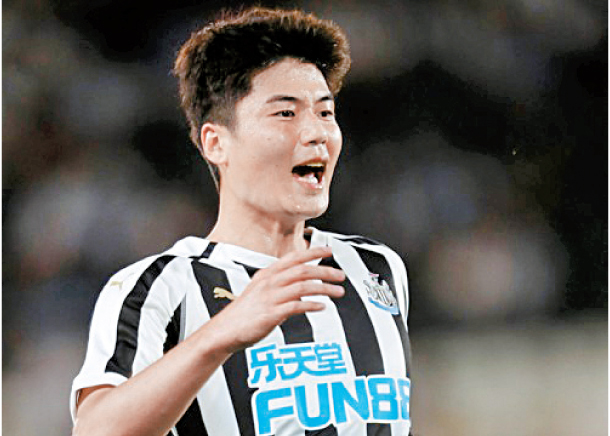 Ki Sung-yueng of Newcastle United is in action against Hull City in their preseason friendly at KCOM Stadium in Hull, Britain, on Tuesday. [YONHAP]

Korean midfielder Ki Sung-yueng has made his Newcastle United debut in a preseason friendly.

Ki came in as a second-half substitute in Newcastle’s 2-2 draw with Hull City at KCOM Stadium in Hull on Tuesday.

Ki signed a two-year deal with Newcastle on June 29, after a six-year stint with Swansea City. He joined the team practice for the first time Monday, a week earlier than expected, and he was summoned to action in the 69th minute.

Newcastle were trailing 2-1 when Ki entered the pitch and drew even on Ayoze Pérez’s 86th-minute goal.

Newcastle’s next preseason match will be against FC Porto at Estádio do Dragão in Porto, Portugal, on Saturday.

The two last faced each other in the quarterfinals of the FA Cup in March, while Ki was still with Swansea City. With both South Koreans in the starting lineups, the Spurs prevailed 3-0.

Ki began his professional career with FC Seoul in the K League and moved to Celtic in the Scottish Premier League during the winter of the 2009-2010 season. He spent two and a half seasons there and signed with Swansea City in August 2012.
Ki also spent one season with Sunderland on loan, helping them avoid relegation in the 2013-2014 season before returning to Swansea City.

A longtime captain for South Korea, Ki has won 104 caps for the country — the 10th most of any South Korean player — and has competed at three FIFA World Cups. After missing South Korea’s 2-0 victory over Germany in Group F finale with a leg injury, Ki hinted at retiring from international play.