The author is a national news reporter of the JoongAng Ilbo. 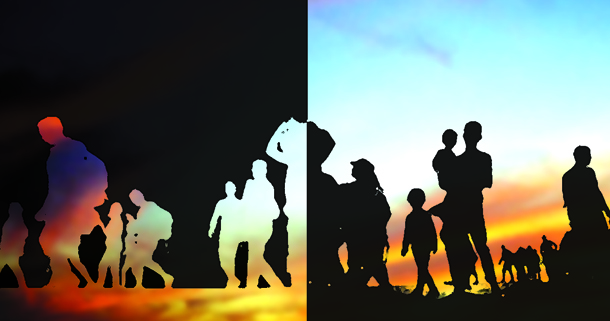 Controversy is growing over the Yemeni asylum seekers on Jeju Island. After I published an article based on interviews with the asylum seekers, I received a flood of emails opposing the applicants. However, Korea joined the UN Convention Relating to the Status of Refugees in 1992. In 2009, then Grand National Party lawmaker Hwang Woo-yea tabled a refugee bill, which was enacted in 2013 and assigns Korea a legal responsibility to take in refugees.

How about public opinion? In a survey by Gallup Korea on 1002 men and women over 19 years of age between July 10 and 12, only 20 percent of the respondents said the refugees should all be deported. Eleven percent said they should be accommodated as much as possible, while 62 percent said a minimum number should be accommodated. Aside from 20 percent of the respondents, the public generally thinks that asylum seekers should be accepted according to the law. While “minimum” and “as possible” are abstract, the law and refugee screening system must not be vague.

Why was public opinion stirred because of the 527 Yemenis in Jeju? The number of refugee applicants has increased. Ongoing gender and economic issues in our society are being projected onto them, creating hatred and prejudice. There are rumors that crime increased in Germany after refugees were accepted, but data released by the Ministry of Justice shows no evidence this is true.

It is expected that the number of refugee applicants will exceed 10,000 this year. Future discussions should not be about how to exclude asylum seekers but about how to screen and accommodate them according to the law.

Asylum seekers and refugees should be guaranteed their rights according to the law, but need to be screened fairly. The Yemenis who came to Jeju to avoid civil war have stories of their own. However, many citizens have reasonable suspicions about the strangers. They also worry that the refugee applicants could be Islamic extremists who may commit terror attacks or crimes. The screening staff should be expanded, and refugee experts should be educated. It is about time we start systematic discussions on “refugee screeners” and research institutes.

The story of the Yemenis on Jeju Island should not end in hatred toward asylum seekers and refugees. It should not lead to divisive arguments. This controversy should be an opportunity to revamp Korea’s social experiences, political environments and administrative conditions that we have long neglected.