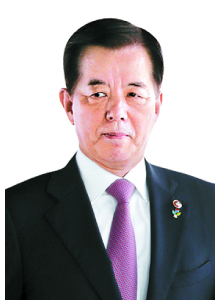 Testifying before lawmakers on the parliamentary defense committee hearing, So Kang-won, chief of staff for the DSC, said he was instructed by then-DSC Chief Cho Hyun-chun to work on the martial law preparations on the orders of then-Defense Minister Han.

“DSC Chief Cho Hyun-chun told me to work on the martial law plan, saying it was on the order of Defense Minister Han Min-koo,” said So.

It was the first acknowledgement by a military official that the former defense minister was behind the drafting of the martial law days before the Constitutional Court’s unanimous ruling on March 10 last year that removed Park from office for abuse of power and corruption following months of nationwide candlelight protests and her December 2016 impeachment.

The general continued that the DSC drew up a 67-page document in addition to a nine-page martial plan to provide specifics on how to prepare and carry out emergency rule.

The existence of the 67-page document came to light after President Moon Jae-in ordered military units implicated in the martial law planning to submit all related materials directly to him last week, indicative of how gravely he viewed the situation.

Moon’s order, made on July 16, came after the nine-page document summarizing the military’s martial law plan was revealed by Rep. Rhee Cheol-hee of the Democratic Party (DP) on July 5.

The Blue House made public some parts of the lengthy document Friday, revealing the startling level at which the military had prepared for martial law on the premise that Park would be back in power and chaos would break out.

She was suspended from the presidency after her impeachment and before the Constitutional Court verdict. Her duties were performed by the prime minister.

In the 67-page document, the military described plans to send tanks and armored vehicles to Gwanghwamun Square in central Seoul, the heart of the months of protests, and Yeouido in western Seoul, home to the National Assembly, late at night to control the areas while declaring a decree banning demonstrations and spread of false information in the name of national security.

The military also sought to stop lawmakers from working against martial law and classified them into two groups: liberals and conservatives.

A majority of 300 lawmakers would have had the power to end martial law in the assembly. The document showed that the military had a plan to keep martial law in place by preventing the National Assembly speaker from directly introducing a bill on the floor.

The military also had a plan to dissuade lawmakers in Park’s party from voting to revoke martial law. It also sought to arrest opposition lawmakers for organizing protests by defining a rally as an “anti-state activity,” a tactic deployed by past military governments.

The notion of the military arresting opposition lawmakers for “anti-state activities” worried many lawmakers. Chairwoman Choo Mi-ae of the DP on Tuesday vowed to get to the bottom of the scandal and called it a “crime of historic proportions” and said those involved in the scheme should be punished for “rebellion.”

Former Defense Minister Han is expected to be summoned for questioning by the joint civilian-military investigation team probing the case.

Han, a graduate of the Korea Military Academy, had a sterling military career. He served as chief of staff for the Army and Joint Chiefs of Staff before becoming South Korea’s top military man in 2014 as defense minister, the role he played until 2017.

The probe could reach as far as former President Park, who is appealing a 24-year jail sentence for corruption and abuse of power, to find out if Park was aware of the plan or had some role in ordering it.

It is unlikely that Han gave the order on his own without consulting the Blue House. Kim Kwan-jin, Park’s former national security adviser, is also expected to be questioned in the coming days by the investigation team.

At the Tuesday hearing, an unprecedented display of discord unfolded between DSC officials and Defense Minister Song Young-moo about how the martial law plans finally came to light, with contradicting accounts being given - an embarrassment for a military known for its obedience to the chain of command.

Defense Security Commander Army Gen. Lee Suk-koo told lawmakers that he had briefed Song about the martial law plan “for 20 minutes” fully aware of the seriousness of the issue.

“I entered his office at 11:38 a.m. [on March 16] and had an in-person briefing to raise the seriousness of the issue,” the DSC chief said.

Rebutting Lee’s account, Song said he was briefed by Lee for about five minutes on other matters, not the martial law plan, and told Lee to leave the two sets of martial law documents - the nine-page and 67-page documents - behind so he could read them later since his schedule was tight that day.

When pressed about the discrepancy in their recollections, the defense chief said, “I am a public servant who has led a life of honesty as a soldier.”

The contradictions between the two fueled speculation that the DSC was trying to tarnish Song’s reputation, since the latter is a strong advocate of reforming the DSC, which is also accused of having monitored relatives of victims of the Sewol ferry sinking on April 16 in 2014, which killed over 300 people.

While it remains to be seen who was telling the truth, damage to Song’s credibility as the defense chief has already been done with questions about his leadership of the military.

Song, who hails from the Navy, was criticized for keeping the martial law plan from the Blue House for more than 100 days after he learned about it on March 16.

It took 105 days for the Defense Ministry to submit the nine-page martial law plan, entitled “Joint Wartime Martial Law and Joint Action Plan,” to the Blue House on June 28.

Under mounting questions, the minister said he kept the document to himself because he thought “political considerations” should be taken into account.

In a statement issued on July 16, he said he thought the martial plan document could be used for “political purposes” ahead of the June 13 local elections and could hamper favorable inter-Korean atmosphere.

Critics of Song say it wasn’t his job to judge political considerations.