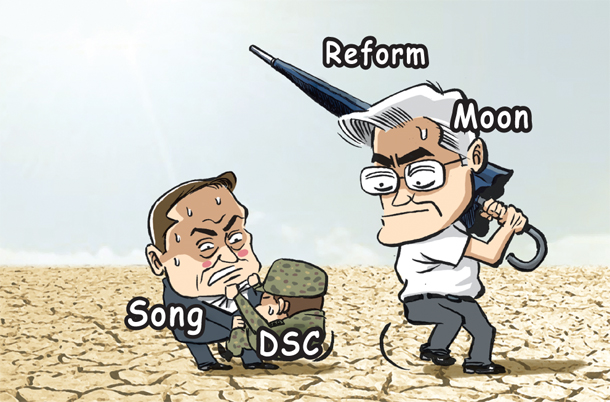 President Moon Jae-in faces a dilemm over military reforms, including a revamping of the Defense Security Command (DSC). He appointed Defense Minister Song Young-moo for the mission. But in a National Assembly hearing, Song made some suspicous remarks on the DSC’s drafting of plans for martial law in 2017.