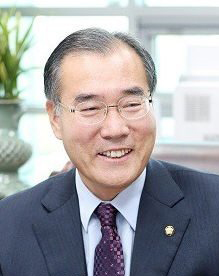 Lee Gae-ho, a lawmaker from the ruling Democratic Party, was nominated by President Moon Jae-in as the new minister of agriculture, food and rural affairs on Thursday. The position has been vacant for over four months.

Blue House spokesperson Kim Eui-kyeom said the president nominated Lee because of his insight into the structure and affairs of the Agriculture Ministry, as he is currently serving as a member of the Agriculture, Food, Rural Affairs, Oceans and Fisheries Committee in the National Assembly.

Kim added that Lee, who is in his second term as a lawmaker, will be a good fit to address issues such as avian influenza and foot-and-mouth disease, problems that the Agriculture Ministry deals with almost every year.

Former Agriculture Minister Kim Yung-rok stepped down in March and was elected governor of South Jeolla in the June general elections.