JANG WON-SEOK
The author is an economic policy team reporter of the JoongAng Ilbo. 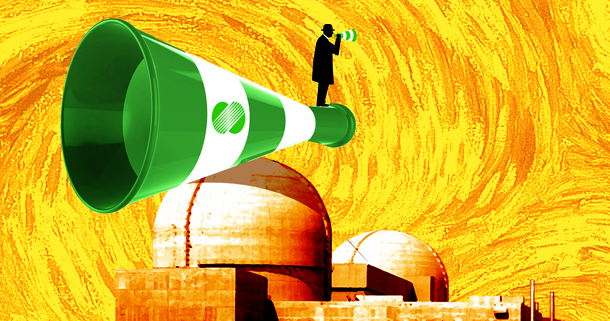 On July 24, President Moon Jae-in said there are claims that absurdly distort the recent move to operate nuclear plants and asked for appropriate responses. That was a reaction to a series of reports that problems may arise in electricity supply because of the nuclear phase out. In fact, nuclear plant maintenance and reoperation was on schedule. It is not true that the government arbitrarily increased nuclear plant operation.

What made Moon speak up was a press release from the Korea Hydro and Nuclear Power (KHNP) on July 22. It said that efforts were being made to reoperate two nuclear plants, the Hanbit 3 and Hanult 2, ahead of the peak demand period, and the planned preventative maintenance on Hanbit 1 and Hanul 1 would be rescheduled for after the peak. It could be interpreted that the nuclear plants were being reopened in preparation for the hot weather.

The press release also stated that a total of five reactors will be able to provide an additional 5 million kilowatt hours of electricity during the peak demand period. It could be interpreted that five additional reactors will be operated. As some media misunderstood the release and made false reports, the KHNP issued an additional press release on July 23 clarifying that the maintenance had been scheduled before the summer.

What caused further confusion was a social media post by KHNP CEO Chung Jae-hoon. On July 23, he said on social media that, “They say the government and the KHNP hurriedly operated two additional nuclear reactors. It is frustrating.”

But the Ministry of Trade, Industry and Energy is speechless. A source said, “I want to ask who is the frustrated one. The CEO talks as if he is not related, when the chaos was caused by the press release.” Kim Hye-jeong, a non-standing member of the Nuclear Safety and Security Commission, said in a radio interview that the KHNP was responsible for the controversy.

After all, it is not up to the KHNP to decide whether to operate a nuclear plant or not. It is solely decided by the Nuclear Safety and Security Commission. However, the KHNP attached a photo of CEO Chung on a field visit to the Hanul-2 reactor. It was clearly intended to imply that thanks to them the electricity supply would be smooth. On July 25, Minister of Trade, Industry and Energy Paik Un-gyu said the agency may have been overzealous.

Coincidentally, Jeong served as head of energy resources at the Ministry of Knowledge and Economy, the current Ministry of Trade, Industry and Energy, in 2011, when a blackout occurred on Sept. 15 of that year. He was in charge of nuclear power plant operations.