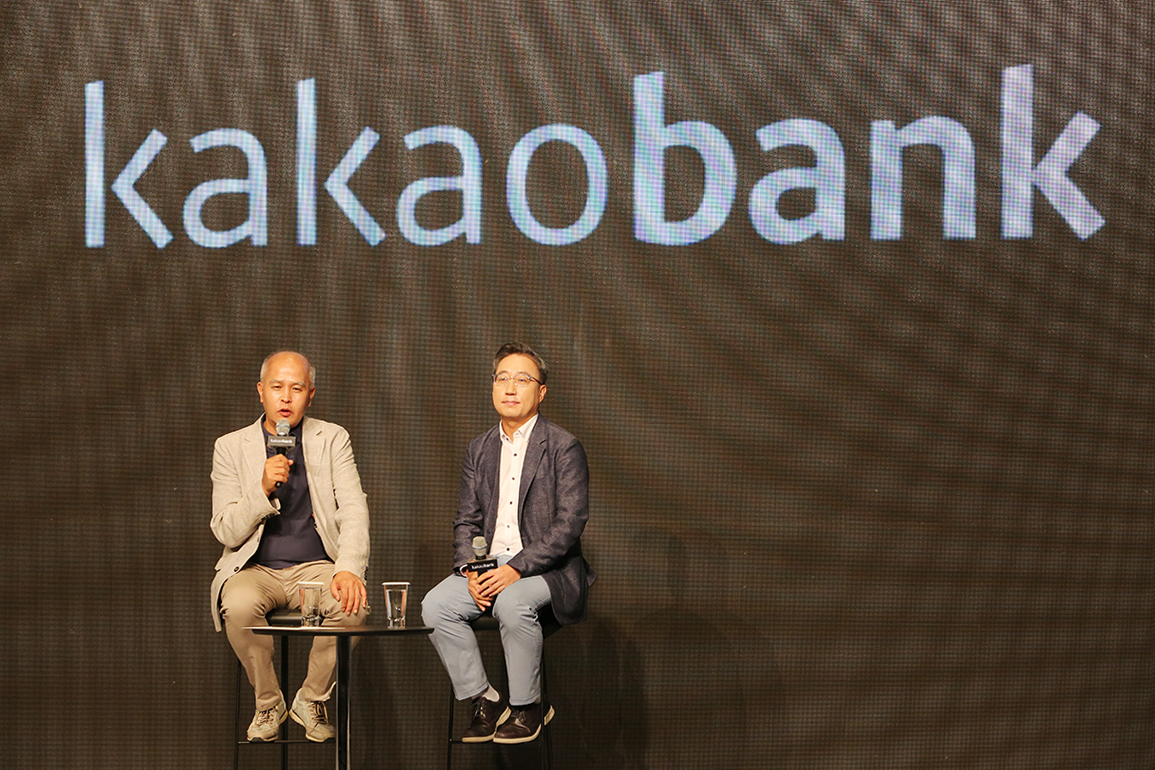 Kakao Bank will go public in 2020 to beef up its capital reserves and scale up its business, the internet-only bank announced during a first-anniversary event on Thursday. 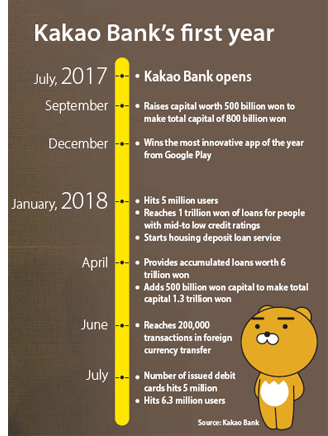 The bank, which is affiliated with the Korean tech company Kakao, also unveiled new services it will launch in the future, such as international money transfers, though it took a cautious approach to overseas expansion.

The banking platform, which has more than 6.3 million users, will focus on establishing firm footing in the different financial services it currently offers ahead of its planned IPO, according to Yoon.

Fundraising has always been a major priority for Kakao Bank, as Korean law currently bans non-banking companies like Kakao from holding a stake of more than 10 percent in a financial company.

Since it launched, Kakao Bank turned to its stakeholders twice to secure a total of 1 trillion won by issuing new shares.

Lee Yong-woo, the other CEO, said that Kakao Bank won’t raise any more capital until it lists.

The bank’s limited fundraising ability has hampered its efforts to expand into new business segments, such as mortgage loans.

“We put our plan to enter mortgage loans on hold, considering the funds required to run the business,” Lee said, “The same is true for the credit card business, because it needs an advanced IT system to handle a lot of transactions.”

As for overseas expansion plans, the CEOs responded that firmly establishing Kakao Bank in the domestic market should precede taking the business abroad.

“An overseas business will be only possible when we have a stable standing in the domestic market,” Lee said.

However, Yoon said that he eventually wants Kakao Bank to enter foreign markets.

“Overseas expansion has always been something that I wanted to achieve,” Yoon said, “Once the business stabilizes, I want to see Kakao Bank make its way to other countries.

The CEOs said that Kakao Bank will roll out a new international money transfer service in the first quarter of next year that would allow for faster transactions and charge lower commission fees. According to them, it can handle overseas transactions in 30 minutes, much faster than current speeds.

They also said that fees will be up to 70 percent cheaper than those offered by major banks.

The company is also planning to offer an expanded loan service that could link bank users with loans provided by financial institutions that partner with Kakao Bank.

“The service could introduce loans from consumer finance companies that sign an agreement with Kakao Bank,” the company said.