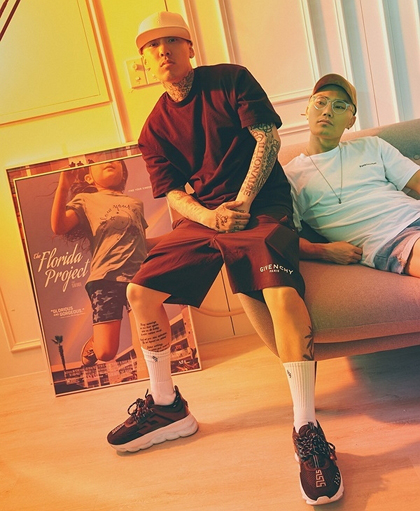 Singer Kim Bum-soo, right, and rapper Dok2, left, have collaborated on a single, expected to drop on Aug. 2.

Kim made the announcement on social media on Friday, sharing an image of the two artists posing together with a caption that read, “Bum-soo: Dok2! Get out of the way so I can lay down. Dok2: Livin’ ma life!! Always doing what I want, this ma time.”

The upcoming single, the title of which is still pending, is part of Kim’s project called “Make 20.” The project was organized to celebrate his 20 years in the industry in 2019.

As part of the project, he plans to release 20 new songs, and the upcoming song will be Kim’s second single of the 20. The first, “I Love You,” was released in April.

The singer debuted in 1999 with the album “A Promise,” and is known for his hit songs such as “Sadness Guide,” “Appearance” and more.