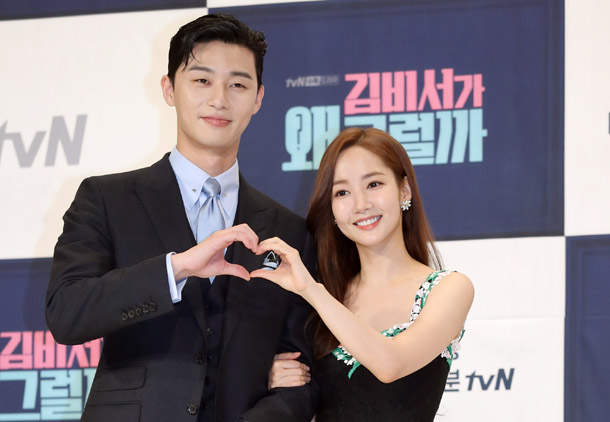 After local media outlet Sports Donga reported in the morning that the two actors have been dating for three years, both of the stars’ agencies immediately denied the rumors.

According to a source, “In order to keep from having their personal lives be the focus instead of their work, [the two] are always careful of the attention around them. They have been going on secret, 007-style dates.”

An hour after the report was released, Park Seo-jun’s agency, Awesome Entertainment, told Ilgan Sports, an affiliate of the Korea JoongAng Daily, “Park Seo-jun and Park Min-young are close colleagues that worked on a [drama] together, and are not in a relationship. We think that people have shown a lot of interest because of their chemistry from the drama.”

Although the two agencies have denied it, fans are still suspicious, as Park Seo-jun had posted a video on his Instagram last year featuring the same shoes and baseball cap Park Min-young had worn in a photo on her account.