Confusion over huge Audi A3 discount

Confusion over huge Audi A3 discount

On Wednesday, Audi Korea said it would offer a 40 percent discount on 3,000 low-emission A3 compact sedans starting next month. The bombshell announcement got customers excited. The A3 40 TFSI, which usually goes for 39.5 million won ($35,400), would instead sell for 23.7 million won, about the same as Korean carmakers’ small sedans, such as the Hyundai Avante. 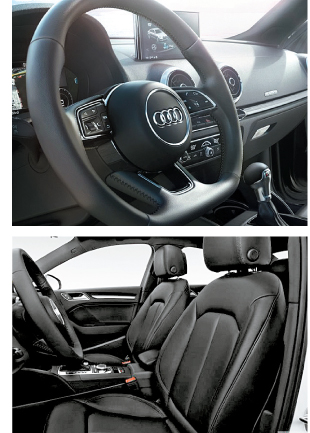 Except it hasn’t turned out to be quite so. Calls to eight Audi dealerships on Thursday revealed that the discount would not be available for everyone.

“We held the promotion for employees of Audi Korea and their direct family members, but all the orders have been filled as of Wednesday,” said an employee at Audi dealer Teian Motors.

“It would be better for average consumers to give up expectations,” one said and even refused to put customers on a waiting list.

Two other dealers said that it was possible for customers to get their hands on an A3, but it would be highly difficult.

“Customers can buy the A3 after Audi employees and their family members,” said an employee at Hanseo Motors, “but we don’t expect any supply to be left over for them.”

“We expect it will be very unlikely for average consumers to be able to take advantage of the promotion,” an employee at Webon Motors said. “Each seller [at our dealership] is allowed to sell up to seven cars, and there are already some customers who have expressed willingness to pay more than the discounted fee.”

“The headquarters did not even allocate any [A3] cars to us,” said an employee at Kolon Auto. “We expect that customers who signed a car purchase agreement through other dealerships will have their contracts canceled because of the lack of supply.”

In a statement on Friday, Audi Korea denied that priority would go to dealers and their families.

“Unlike rumors, we are not going to sell A3 40 TFSI exclusively for employees of Audi Korea or dealerships,” the statement read. “The sales will be directed to average consumers.”

A spokesman said the 40 percent discount was also subject to change. Another spokesman said on Thursday that the company would meet with representatives of dealerships to clarify the terms of the promotion.