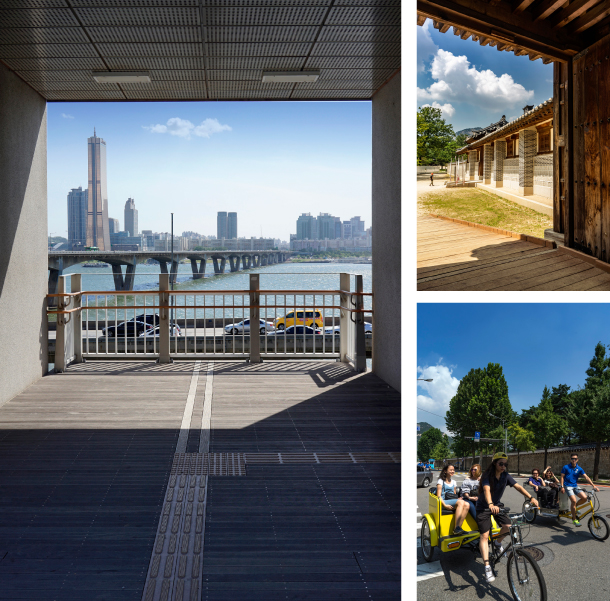 Some of the photos hotelier Baek Seung-woo took and included in his third book “My Seoul: Hidden Gems.” He takes of the photos on his way to work or his house. [BAEK SEUNG-WOO]


How much one should pay when they get a parking ticket and where one should take off their shoes can be confusing for foreigners living in Seoul. In an attempt to make a more practical guide to long-term foreign residents in Seoul, hotelier Baek Seung-woo published “My Seoul: Hidden Gems” in May.

Baek’s third book, released after his second“My Korea” published in 2015, was written to provide information that foreigners may find interesting or weird while living in Seoul, such as using scissors at the dining table to cut noodles and other things. “My Korea” and “My Seoul” were both written in English, and Baek is thinking about making the books available in Japanese as well.

“There are many guidebooks that tell you where to go during a short visit to Seoul, but the selection is limited when it comes to giving more thorough information to those who come to Korea to live,” said Baek, who has worked for Hyatt Hotels Corporation for more than 30 years.

In his new book, he made five categories. The first is all about spots people visit on the weekends like Yeonnam-dong in western Seoul or Ikseon-dong in central Seoul and traditional areas to take family and friends visiting from overseas. The second part suggests dishes to try in order to expand one’s culinary knowledge beyond bibimbap (rice mixed with vegetables) and kimchi and restaurants to visit for superb traditional Korean dishes. The third category is “Lifestyle,” in which readers can pick up tips on how Koreans count their age or why and how Koreans get whole-body scrubs at public baths. The “Travel Tip” section provides insight on how to most effectively use the public transportation system. The final section is about Korean customs and further explains how Koreans spend their holidays or how much you should pay if you get a parking ticket. The book gives practical information that may take time to find online. 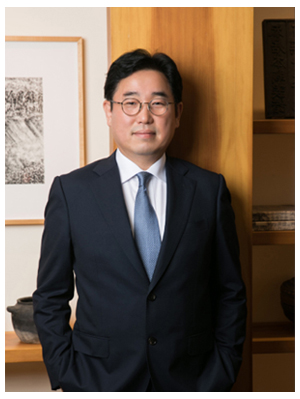 “Some things that seem obvious to local Koreans can be very foreign to those who come to live in Seoul for the first time,” said Baek. “It was surprising for me that there aren’t more of these books readily available, so I decided to make the book myself.”

The stories he put in the book come from his walks to work or back home, as he finds inspiration for photos and stories in his spare time. Hence, many of the photos come from places he has visited because of work. Since he spends a lot of time inside, many of the shots are taken from the buildings he has his meetings in. With these photos, he has not only put together books but also photo exhibitions in and outside of Seoul, including Paris. His first book in Korean is titled “Way to Work, Yaksudong,” as Yaksu-dong in Jung District, central Seoul, is where his home is and he often walks to his office at the Grand Hyatt Hotel in Mount Namsan, central Seoul.

“I’m a full-time employee and don’t have enough time to dedicate to photo-taking,” said Baek. “That’s why I use things I see regularly in my daily life as subjects of my photos.”

His passion for photography even led him to learn more about Korean history. In order to be able to take photos freely inside royal palaces, he decided to become an authorized tour guide by the country’s Cultural Heritage Administration. He visits Gyeongbok and Deoksu Palace in central Seoul twice a month to give tours and finds time to take photos while explaining the history behind them.

Top: Hotelier Baek Seung-woo, author of “My Seoul,” “My Korea” and “Way to Work, Yaksudong.” Bottoms: Some photos Baek took that are included in his book. He takes pictures on his way to and from work and while he travels around Seoul. [BAEK SEUNG-WOO]

“I am a photographer first and hardly a skilled writer, but adding a little information here and there makes the book more of an efficient choice for some travelers,” said Baek.

Baek’s next book will focus on an even smaller area to give more thorough information than what he has offered already. The next book he is working on will be about Mount Namsan, telling different stories of what’s on this small-sized mountain located in the heart of Seoul and all the stories passed down over centuries.

“Mount Namsan is one of the most visited spots by locals and foreigners, yet there is not that much information readily available about the history and culture of the area,” said Baek, adding that the book after that one may be one about the Han River, which separates Seoul into north and south. “I will keep doing research on areas that may have been neglected in other books.”