Stock-rich celebrities get even richer in H1

Stock-rich celebrities get even richer in H1 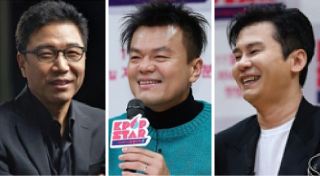 The combined shareholding value of the top seven celebrities stood at 555.1 billion won ($496.2 million) as of Friday, up 21.4 percent from 457.3 billion won as of the end of last year, according to corporate tracker Chaebul.com.

The gains are noteworthy as the benchmark Kospi market and secondary Kosdaq bourse decreased 6.99 percent and 8.07 percent over the period.

Lee Soo-man, chairman of S.M. Entertainment, topped the list of stock-rich celebrities with shares valued at 179.7 billion won, up 16.7 percent over the same period.

Yang Hyun-suk, the chief of YG Entertainment, took third place with value of his shares increasing 23.7 percent to 123.3 billion won during the same period.