Speak up or phaseout

Speak up or phaseout

LEE HYUN-SANG
The author is an editorial writer of the JoongAng Ilbo. 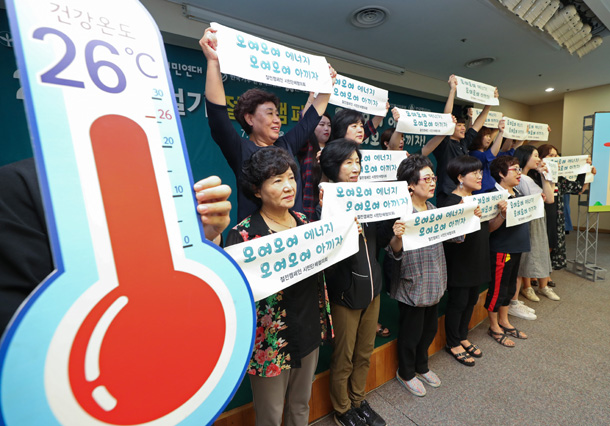 I went into a shopping center to avoid the heatwave, but the mall was warm and dark. It was quite different from Korean shopping malls, where the lighting is bright and the temperature is comfortably cool. Things had changed since the East Japan earthquake — shoppers had hand fans to cool off, but they didn’t complain. This was my experience on a trip to Osaka, Japan a few years ago.

Two months after the Fukushima nuclear plant meltdown in May 2011, Japan’s appliance sales increased by 13 percent compared to the year before. As nuclear plants stopped operating and power shortages were expected, Japanese consumers purchased energy-saving models of appliances.

The Japanese government required local electricity companies to cut their energy usage by up to 15 percent compared with the summer of 2010. Government agencies and businesses used fans instead of air conditioners, and department stores dimmed their lighting. The prime minister asked people to save electricity.

Since 2016, the request to save energy has been discontinued. This year, the economic minister asked people to use air conditioning as much as needed to avoid heat stroke. But Japanese people are already accustomed to saving energy.

Since last year, nuclear plants began to reoperate and the electricity supply is gradually increasing, but consumption is still below the pre-earthquake level.

The Nikkei Shimbun claims the government didn’t need to ask people to save energy because they were already aware of the benefits and energy supplies had been improved. Scholars now call Japan an “energy-saving society.”

The energy-saving movement is rare in Korea, but the situation is quite different. The energy consumption record is being broken every day and the electric power reserve rate is in single digits.

But the government doesn’t fret. Many stores keep their doors open with the air conditioning on, but the crackdown is not as strict as before. It requires a notice from the Minister of Commerce, Industry and Energy to ban air conditioning with open doors, but there is no plan to make that call.

Last winter, the government demanded companies reduce consumption ten times, but there hasn’t been one request this summer. Some question why the government is not aggressive about energy saving. I wonder if there really isn’t a problem or if the government is just too laid back.

A nuclear phaseout is an energy policy that chooses safety over convenience. More LNG and coal is used and electricity becomes more expensive. Renewable energy can be unstable depending on the weather.

Sometimes, energy saving campaigns are necessary. If the government isn’t brave enough to ask people to cut back then the administration needs to reconsider its nuclear policy.